Defying threats from the USA that it would be cut from the F-35 stealth fighter programme, Turkey took delivery of the first batch of components for the Russian-built S-400 surface-to-air missile system on 12 July.

The Russian defence ministry and the Turkish defence ministry each released videos of an Antonov An-124 Ruslan heavy cargo transport landing at Turkey’s Mürted Air Base, with several military green trucks rolling out of the airlifter’s nose door ramp. Those trucks are said to hold the initial delivery of S-400 parts. 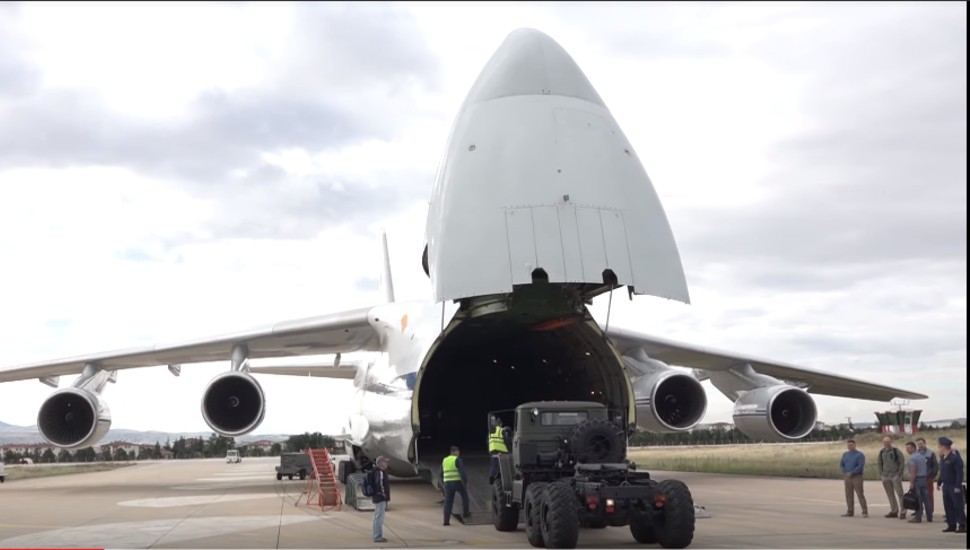 The USA views the Almaz-Antey S-400 Triumf surface-to-air missile system as a threat to the Lockheed Martin F-35 Lightning II stealth fighter. Washington has also said the Russian weapon can’t be networked with other NATO air defence systems, which it claims would make coordinating air defence with Turkey more difficult.

The radar and missile battery has been advertised by Russia’s export agency, Rosoboronexport, as having an "anti-stealth range" of up to 81nm (150km). The USA is worried that the system could expose vulnerabilities of the F-35 stealth aircraft – weaknesses which could then be exploited by Russia and other S-400 customers, such as China.

For its part, Ankara has argued that it needs the S-400 to defend its airspace and that there is no conflict of interest. Turkish President Recep Tayyip Erdoğan has made buying the system an issue of national sovereignty, refusing to back away from the purchase despite his country being gradually cut out of participation in the Joint Strike Fighter (JSF) programme, the USA-led international effort to develop and manufacture the F-35.

The dispute is a wedge issue between two important NATO allies: the USA, the defacto leader and largest military spender within the alliance; and Turkey, a country that sits strategically in the Middle East and on the southern border of Russia.

Now with the first bits of the S-400 system in hand, Turkey’s plan to buy up to 100 examples of the stealth fighter appear to be dashed. If the USA follows through on its threats, ten different Turkish firms that make parts for the aircraft will be cut from the JSF.

Removing Turkey from the F-35 programme would cause disruption to the aircraft’s manufacturing, as the country’s businesses are deeply involved in the process. For example, in coordination with Northrop Grumman, the main fuselage manufacturer for the F-35, Turkish Aerospace Industries manufactures and assembles centre fuselages, produces composite skins and weapon bay doors, and fibre placement composite air inlet ducts.

“There are 937 parts produced by Turkish industries,” said under-secretary of defense for acquisition and sustainment Ellen Lord in a press conference on 7 June. “A little over 400 of them were sole-sourced. That's what we are particularly focused on. We are working with Lockheed Martin on the aircraft side, with Pratt & Whitney on the engine side, to find alternate sources.”

US acting secretary of defense Mark Esper reportedly said on 12 July he plans to bring up the S-400 delivery with his Turkish counterpart imminently.