US Air Force battlefield network lacks goals, a budget and a plan: GAO

In particular, the service is moving forward with developing a key part of its future modernisation strategy without firm technical requirements, a plan, a cost estimate, authority clearly delegated to decision makers, or an analysis of affordability, says the Government Accountability Office (GAO) in a report released on 16 April. 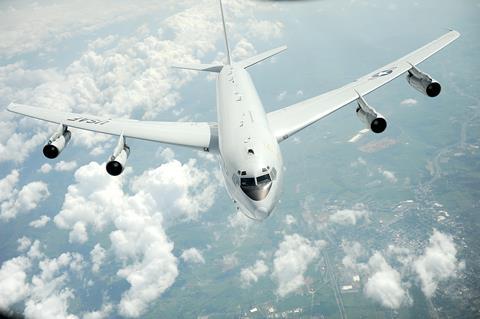 The USAF is developing the ABMS as an overarching communications network intended to link aircraft, satellites, ships, ground vehicles and command and control stations. The service envisions the network allowing commanders to share battlefield information directly and in real time, instead of relying on fractured communications systems which are particular to certain types of aircraft and armed forces.

But the USAF also hopes the ABMS could eventually become the sole network of all the US military services, the so-called Joint All Domain Command and Control system. Eventually, the hope is, a joint battlefield network would allow the US military to coordinate military operations more closely, allowing for a pace of war that adversaries would struggle to match. The US Navy and US Army have yet to commit to the USAF’s ABMS.

Part of the USAF’s lack of planning appears to come from the service’s strategy of iteration, a concept where new technologies would be developed into prototypes over the course short sprints lasting four to six months and then demonstrated in field experiments. Lessons learned from the sprint would be incorporated into design changes for the next sprint until a production-quality product is refined.

The GAO is worried that the process is too open ended and not thought all the way through, however.

“GAO’s previous work has shown that weapon systems without a sound business case are at greater risk for schedule delays, cost growth, and integration issues,” says the government agency.

The government body notes that is especially worrying because of the size of the ABMS experiment. The effort received $172 million in funding through FY2020.

The GAO recommends the USAF come up with firm technical requirements, a cost estimate, an affordability assessment and delegate decision-making responsibilities. It also suggests the service update the US Congress quarterly on its progress.

The USAF reviewed and agreed to the recommendations, says the GAO.