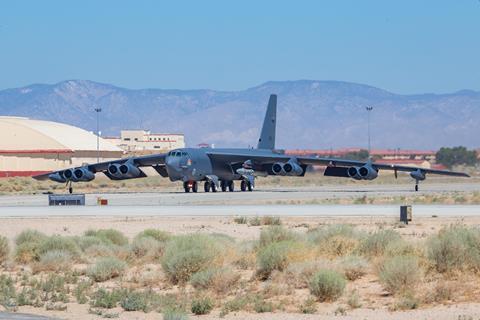 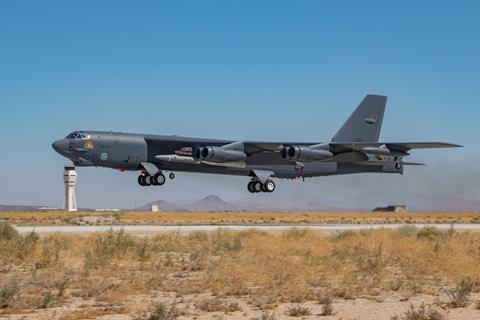 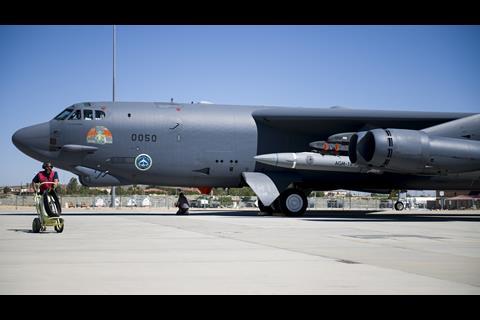 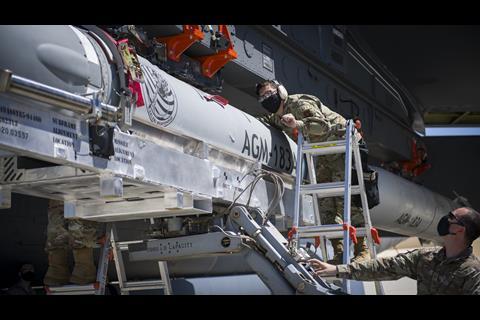 The US Air Force (USAF) completed its final captive-carry test of the AGM-183A Air-launched Rapid Response Weapon (ARRW) under a Boeing B-52 Stratofortress’ wing on 8 August.

The AGM-183A successfully transmitted telemetry and GPS data to a ground station at NAS Point Mugu Sea in Southern California during the test, the service says. The B-52 took off from nearby Edwards AFB.

“The test verified system integration with the B-52 launch platform and telemetry while practicing concepts of operations that will be utilised during its first booster test-flight later this year,” says the USAF.

The USAF has said it wants ARRW to achieve initial operational capability by fiscal year 2022. Lockheed Martin is the prime contractor developing the missile.

The ARRW (pronounced “arrow”) is based on the Tactical Boost Glide weapon, a joint effort between the US Defense Advanced Research Projects Agency and the USAF. It is designed to be dropped from an aircraft – B-52s or perhaps Boeing F-15 fighters. It uses a booster rocket to climb to a terminal altitude, where the wedge-shaped weapon would detach and glide to Earth at hypersonic speed.

The USA is in an arms race against Russia and China to develop, test, produce and deploy operational hypersonic missiles. However, unlike Moscow’s and Beijing’s efforts to develop nuclear-tipped hypersonic weapons, Washington intends to install conventional warheads on its missiles or no warheads at all, instead using kinetic force to destroy targets.