The US Air Force (USAF) is considering ways to recruit pilots from the commercial side of the aerospace industry. 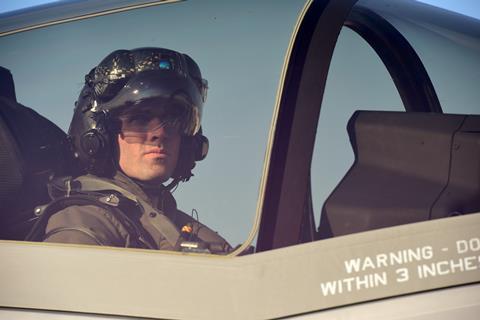 The concept aims to take advantage of the growing pool of trained commercial pilots, many of whom have been grounded or are facing layoffs due to the economic impact of the coronavirus pandemic on airlines.

“Can we bring a pilot [who is] already a commercial-experience pilot, and can we put them through a short programme in the air force to make them an air force pilot?” says Holmes.

The Air Education and Training Command is also considering recruiting pilots who are much earlier in their commercial careers, he says.

“They’re also looking at ways to go out into civilian pilot training programmes and work with them to design the equivalent of our programmes where we could take people out of some of those university or school-based programmes and bring them straight into the air force,” says Holmes.

Recruiting from the commercial world remains conceptual at this point. In the short term, the USAF is focused on retaining military pilots who just six months ago would likely have departed the service for more lucrative jobs as commercial airline pilots.

“People that were reaching the end of their service commitment or had reached it, and were planning on moving to the airlines, are now thinking through that decision,” says Holmes. “I think that some of those will decide to stick around with us for a while longer. Some of them will sign a longer-term bonus and decide to commit and some of them will make a year-to-year decision and wait and see what happens in the environment. It gives us a chance to try to convince them to stick with us, which is an opportunity for us.”

Each year about 900 pilots in the USAF reach the end of their 10-year service commitment. Holmes hopes that the service can convince all of its pilots this year to recommit.