The US Department of State has approved Jordan’s purchase of 16 Lockheed Martin F-16C/D fighters for an estimated cost of $4.21 billion.

The US Defense Security Cooperation Agency (DSCA) delivered the certification notifying US Congress on 3 February. 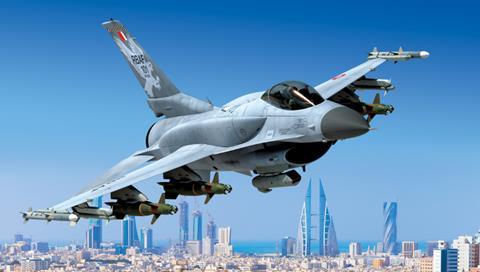 The Block 70 is the most modern version of the F-16 and includes the Northrop Grumman APG-83 active electronically scanned array radar, automatic ground collision avoidance system, and conformal fuel tanks, among other improvements from the prior generation of aircraft.

Jordan is requesting 21 examples of the Pratt & Whitney F100-229EEP engine (16 installed in the aircraft and five as spares), as well as other subsystems such as GPS, identification friend-or-foe indicators and radios. The country is also requesting spare parts and support equipment.

“This proposed sale will support the foreign policy and national security objectives of the United States by helping to improve the security of a major non-NATO ally that is an important force for political stability and economic progress in the Middle East,” says the DSCA.

The new jets will help Jordan maintain interoperability with US and coalition forces, the agency says.

The final sale price for the Foreign Military Sales package will be less than the $4.21 billion estimate, as the proposal contains extra options and is subject to further negotiation and approval by the government of Jordan.