USAF starts construction of permanent F-35 base in Europe

The US Air Force (USAF) and the UK Ministry of Defence’s (MoD) Defence Infrastructure Organisation broke ground during a ceremony on new Lockheed Martin F-35 Lightning II infrastructure at RAF Lakenheath on 15 July.

The Suffolk installation should be ready to receive the first USAF F-35A Lightning II aircraft in late 2021. The $196 million infrastructure projects will be built by Kier and VolkerFitzpatrick construction groups, and will include a flight simulator facility, a maintenance unit, new hangars and storage facilities to accommodate the new squadrons. 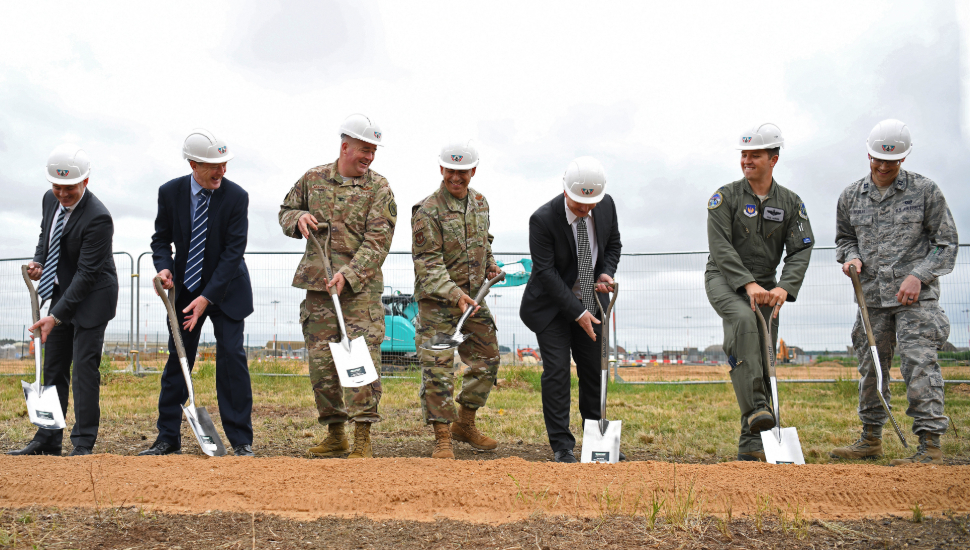 “This ceremony is an exciting milestone for the (USAF’s 48th Fighter Wing) as we prepare this installation to welcome two squadrons of F-35A Lightning II aircraft and supporting personnel,” says Colonel William Marshall, commander of the 48th Fighter Wing. “Breaking ground on this project takes us one step closer to becoming a more lethal and ready force as US Air Forces in Europe and Air Forces Africa’s premier combat wing.”

RAF Lakenheath is the largest USAF-operated base in the UK and the only Boeing F-15 fighter wing within US Air Forces in Europe. The fighter wing consists of more than 4,500 active-duty military members, plus more than 1,000 British and US civilians.

Work to revamp RAF Lakenheath is the first part of a wider programme to support USAF operations in the UK, with more than $1 billion expected to be invested in the country over the next seven to 10 years, says the MoD.