The US Marine Corps (USMC) is looking to upgrade its fleet of Bell UH-1Y utility and AH-1Z attack helicopters with the ability to approach a landing zone autonomously.

In order to help pilots land their aircraft in austere environments with low visibility, possibly as a result of a dust cloud, the service wants to add an upgraded Embedded GPS/Inertial Navigation System (EGI) to the helicopters. 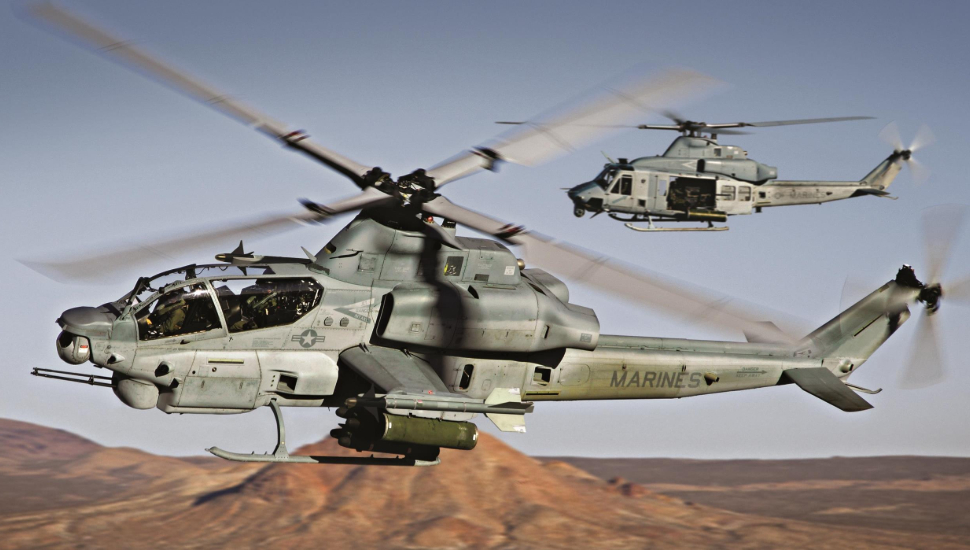 “We operate out of austere environments a lot, where there’s not a prepared landing system,” says David Walsh, the service’s programme manager for the H-1. “So, we’d like to be able to have either the aircraft designate a landing spot or someone on the ground transmit a landing spot, and then generate an approach to that zone.”

If the aircraft had enough mapping and obstacle data it wouldn’t necessarily need someone on the ground to help designated a landing spot, he says. The service also aims to add M-Code GPS and ADS-B Out to track its fleet via satellite.

Also in the pipeline are upgraded electronic warfare systems and Link 16 to improve communications between different aircraft. And, the service is looking to add new missiles to the AH-1Z attack helicopter, such as the air-to-ground JAGM and air-to-air AIM-9X missiles.

The USMC received its last batch of UH-1Ys in 2018 and plans to take delivery of its last AH-1Z in 2022. From there it hopes the upgrades will keep the aircraft relevant until the service’s Future Vertical Life replacement aircraft is fielded likely in the 2030s.