Viking Air plans to fly a para-public variant of the DHC-6-400 Twin Otter, called the Guardian 400, around the world starting in September.

The Victoria, Canada-based company is pitching the turboprop aircraft as a platform for maritime surveillance, search and rescue, and intelligence, surveillance and reconnaissance, among other missions. The aircraft’s nine-month world tour will include briefings and demonstration flights in Europe, Africa, the Middle East, India, Southeast Asia, Oceania and North America, says the airframe manufacturer. 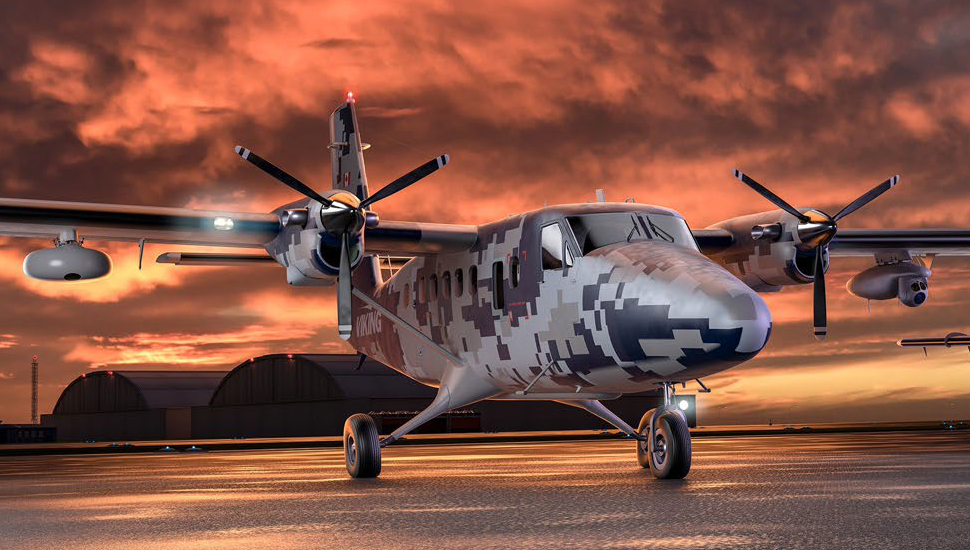 Viking’s DHC-6-400 Guardian demonstrator aircraft is a modified version of the Series 400 Twin Otter, a high-wing, twin-turboprop utility aircraft used in civilian roles as a commuter passenger airliner, cargo transport and medical evacuation aircraft. The aircraft has short take-off and landing capabilities which make it popular for undersized and austere runways.

The Guardian 400 demonstrator will carry a variety of sensors to show off its abilities. The aircraft will feature under its left wing a Self-Contained Aerial Reconnaissance (SCAR) pod with a Hensoldt Argos EO/IR imaging turret, and under its right wing a SCAR pod with Leonardo Osprey radar system and Sentient ViDAR camera system. It will also feature a laser range finder and a tactical workstation. In addition to integrating sensors, the DHC-6-400 Guardian has an increased take-off weight and extended-range internal patrol tank that allows for operational sorties of more than 10h.

Viking is touting the Guardian 400’s price and operating costs, as well as its operational flexibility, as main selling points.

“The Guardian 400 also provides the flexibility to transform the aircraft into a bespoke solution specific to the operators’ mission requirements, with the ability to add sensors to the pod or the aircraft as fixed or removable systems,” says the company. “In addition, the large cabin volume, flat floor, large cargo door, conformal observation windows, and general flexibility of the cabin, including flight crew access doors, makes the Guardian 400 a far more flexible platform than any other.”