The US Air Force (USAF) is looking to the automotive manufacturing industry for inspiration on how to build next-generation fighter aircraft.

The service wants to mimic the way the car industry makes small improvements to models year after year using digital design and engineering tools, says Will Roper, assistant secretary of the USAF for acquisition. 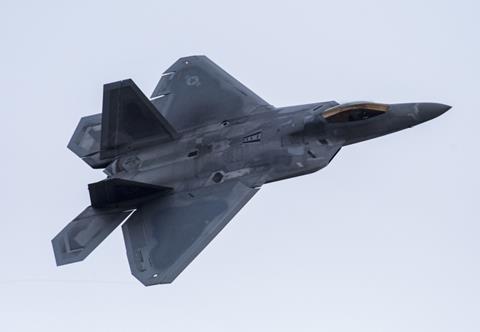 At the end of June, a new programme executive office, called Fighters and Advanced Aircraft, is scheduled to be launched to handle the effort. That office merges the service’s former future fighter effort, the Next Generation Air Dominance programme, with the plan for a sequence of iterative aircraft, called the Digital Century Series.

“One of the hallmarks is that we’re never waiting on technology. If there is a whiz-bang technology we really want in our airplane, but it’s just not mature enough to go in [the aircraft] yet, we can use our digital thread, design it in, go ahead and produce the airplane and field it,” says Roper. “Once that technology matures, [we can] drop in that subsystem after the fact, with zero rework, learning curve, all those things that bite us when we try to do them in an analogue world.”

The so-called “digital thread” creates meticulous virtual models of an aircraft. These can help quickly update technical documentation once a design change is proposed or made. Roper cites Boeing’s efforts with the USAF T-7A Red Hawk jet trainer as an example of a digital thread allowing a company to quickly field an aircraft. The trainer was unveiled in 2016 and passed its critical design review on 9 June.

Roper expects the USAF to order 50-70 examples of the first aircraft in the Digital Century Series. Aircraft after that will evolve slowly. It would be “very similar to the way the automotive industry slowly changes their [cars’] outer mold line, but not significantly.”

To keep commonality between the evolving aircraft, and thus keep maintenance and manufacturing tooling costs down, the service wants to see prime manufacturers sharing suppliers and adhering to common supportability requirements. Across the series, aircraft might also use the same simulators, cockpit design or standards, says Roper.

“So, you’re not forcing people to radically retrain every time you make a pivot,” he says.

The USAF believes that it can structure the fighter selection competition in such a way that would allow bidding aircraft designers to use the same suppliers, as well as suppliers already on contract for earlier examples of the next-generation fighter.

“I hope that will continue to create this innovation and dynamic tension that we need in aircraft design and building,” says Roper.

Ultimately, the service plans to scrap and replace airframes with new iterations instead of maintaining and upgrading legacy aircraft for decades. Given that aircraft manufacturers typically bid for contracts at a loss and then make a profit by generating revenue from MRO services, the USAF is having to think hard about how much aircraft really cost.

“When you sum it all up, you’re looking for how much should you pay per year on average for relevancy,” says Roper. “If we can show that the Digital Century Series is less than an in-depth mass production [programme], then hurrah for our country.”