The worldwide fleet of Lockheed Martin F-35 Lightning II aircraft was grounded for inspections after a problem with the aircraft’s engine fuel tube was discovered, which is believed to be related to the first crash of the stealth fighter a few weeks ago.

The F-35 Joint Program Office (JPO) requested on 10 October that the US Air Force, Navy and Marine Corps inspect the aircraft’s Pratt & Whitney F135 turbofan before flying again. Some aircraft have already resumed flights after inspections, such as those at Lockheed Martin’s Fort Worth, Texas facility and Luke Air Force Base, while others continue to undergo tests of the fuel tube.

Lockheed Martin has delivered more than 320 F-35s to the US military and international customers. The fuel tube issue impacts all three variants of the aircraft: The F-35A conventional takeoff and landing variant, the F-35B short take-off and vertical-landing variant, and the F-35C carrier-based variant. 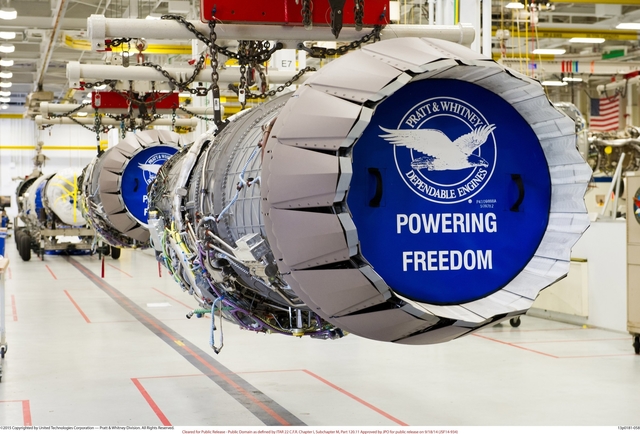 The inspections were prompted by initial data collected from the ongoing investigation of the F-35B that crashed in the vicinity of Beaufort, South Carolina on 28 September, the JPO adds. The aircraft mishap board is continuing its work and the US Marine Corps to find the cause of the incident.

The incident was the first ever crash of any variant of the F-35 since the aircraft began flying 12 years ago. The pilot safely ejected from the aircraft.

The F135 engine’s manufacturer, Pratt & Whitney, did not immediately respond to a request for comment.

International development partners and customers were informed of the issue and some are choosing to ground select aircraft while investigating the integrity of the part.

For example, the UK Ministry of Defence wrote on Twitter that it grounded a portion of its fleet.

“We have paused some F-35 flying as a precautionary measure while we consider the findings of an ongoing enquiry,” says the ministry. “Flight trials from [aircraft carrier HMS Queen Elizabeth] continue and the programme remains on schedule.”

For its part, the Israeli Air Force which operates a proprietary version of the aircraft, the F-35I, says it is also testing its fighters.

“The Commander of the IAF, Maj Gen Amikam Norkin, decided to take additional precautions and conduct tests on all F-35I aircraft, despite the accident having occurred in a model not used by the IAF and although no malfunctions have been found in IAF aircraft. The testing will take several days and once completed the planes will return to full operations. In the meanwhile, if the F-35I are required for operational action, the F-35I aircraft are ready and prepared.”