The US Air Force Research Laboratory’s (AFRL) X-60A rocket recently completed test firings of its engine while on the ground at Cecil Spaceport in Jacksonville, Florida. 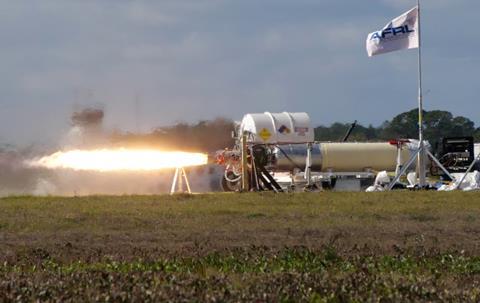 It is being built by a startup called Generation Orbit Launch Services under a Small Business Innovation Research contract with AFRL. The vehicle uses a Hadley liquid rocket engine, made by startup Ursa Major Technologies, which uses liquid oxygen and kerosene propellants.

“This test series was a critical step in reducing risk and gathering necessary system integration data in preparation for our upcoming flight tests,” says Barry Hellman, AFRL X-60A programme manager. “When we go to flight later this year, we hope to demonstrate the capability of the X-60A to provide affordable access to hypersonic flight conditions, which will position AFRL to deliver an innovative test capability for the Air Force and other [US Department of Defense] organizations.” 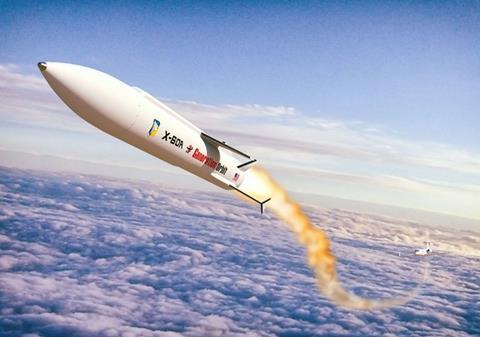 The rocket-powered vehicle is designed to be launched after being carried aloft and dropped from the undercarriage of a NASA C-20A, a military version of the Gulfstream III business jet.

The initial flight test of the X-60A is planned to take place at Cecil Spaceport later this year, says AFRL.