737 Max grounding to have limited impact on US carriers

The airlines' relative fleet exposure to the Max is small. The aircraft represent just 2.5% of the mainline fleet at American, 4.5% at Southwest and 1.8% at United, the data shows.

"Given the size of the American, United and Southwest fleets we expect those companies to have little issues adjusting schedules and back filling aircraft with the 737-800s," Cowen analysts wrote in a report on 12 March. "We also expect the larger airlines to potentially keep older aircraft in service longer and/or cut short unnecessary retrofitting of aircraft to alleviate stress on the network in the near-term."

For example, American had planned to remove its last 30 Boeing MD-80s this year but could extend the lives of some of those aircraft to temporarily backfill some of the lost 737-8 lift. It made a similar move in 2016 when Chapter 11 bankruptcy forced regional partner Republic Airways to temporarily park 21 Embraer 170 and 175 aircraft in American's feeder fleet.

Southwest and United also have older aircraft that are slated for retirement but that could remain in service.

American serves 21 cities with the 737 Max, Southwest 67 cities and United 16 cities this month, according to the data. 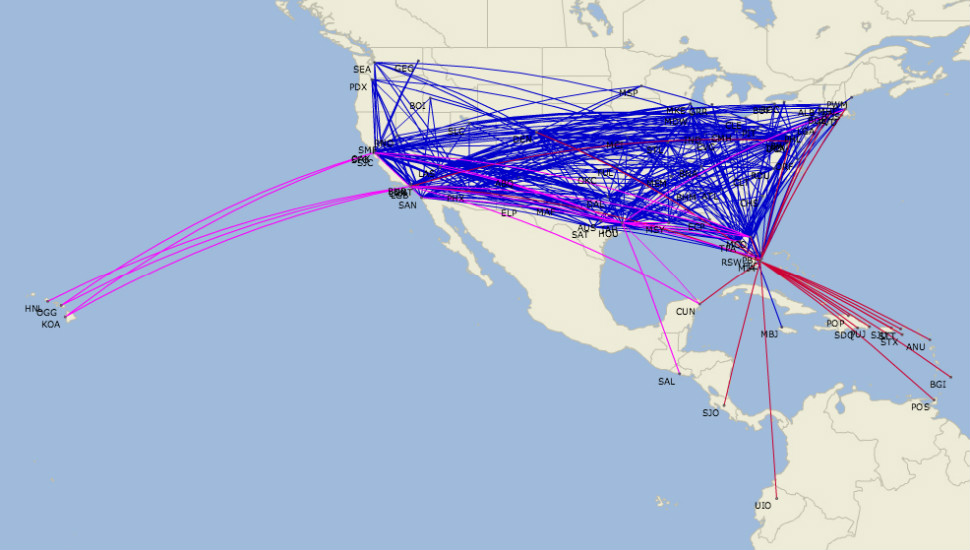 All three carriers say safety is their top priority and that they are complying and in communication with the FAA following its decision to ground the Max.

"We remain confident in the Max 8 after completing more than 88,000 flight hours accrued over 41,000 flights," says Southwest in a statement. "We support the actions of the FAA and other regulatory agencies and governments across the globe that have asked for further review of the data – including information from the flight data recorder – related to the recent accident involving the Max 8."

How long the 737 Max will remain grounded is unknown. The last grounding of a commercial aircraft, the Boeing 787, lasted for nearly four months in 2013.

In this case, airlines and officials are awaiting data from the flight data recorder and cockpit voice recorder that have been recovered from the Ethiopian Airlines 737-8 crash site near Addis Ababa.