Airbus claims that the flexibility of the Airbus A330neo makes it a strong candidate to replace the aging fleet of Boeing 767s and other widebodies at US carriers.

Airlines can customise the A330neo family, which includes the -800 and -900, to have lower maximum takeoff weights (MTOW) or a lower thrust rating that, while also reducing the range of the aircraft, reduces the operating costs, says Peter Finn, A330 family product marketing manager for customer affairs at Airbus, speaking with FlightGlobal onboard the US leg from Chicago to Atlanta of the A330neo's global route proving tour.

"If you combine lower takeoff weight with the thrust, you can lower the cash operating cost by 5%," he says. 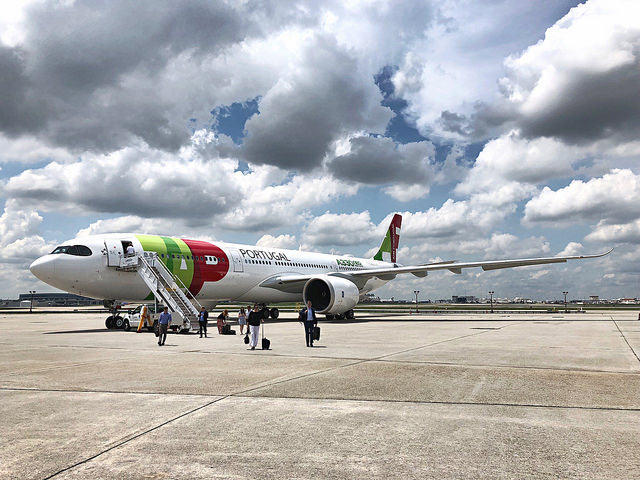 Flexibility will be key for Airbus to win 767 replacement orders from the likes of Delta Air Lines and United Airlines. Both are looking for a mid-sized aircraft that are optimised to transatlantic distances to replace their 757 and 767 fleets in the 2020s.

"We want to have range, capacity, [but] we don't want it overbuilt," said Ed Bastian, chief executive of Atlanta-based Delta, speaking on what the carrier wants from a replacement for both its Boeing 757-300s and 767s at the National Press Club in Washington DC at the end of June.

"Sometimes an aircraft has too much capability, and too much range and actually becomes more expensive and it's sub-optimal for what your mission needs are," he said.

Both the A330neo variants are larger and with more than enough range for Delta's average 767 mission, begging the question of whether it is too much aircraft for these missions.

Despite these questions, Delta is the only US carrier with orders for the A330neo, with the first of 25 A330-900s due to begin arriving in 2019. When it ordered the aircraft in 2014, executives said the A330neo would replace 767s, though Bastian's more recent comments suggest this may have changed.

"We are here to replace our own aircraft and compete with the 787," says Silvia Ustupska, A330 marketing manager for customer affairs at Airbus, on the flight. "We would also like to replace 767s and 777-200ERs."

"Our 767 and 757 replacement strategy… it will be a multi-faceted solution," said Gerry Laderman, acting chief financial officer and treasurer of the Chicago-based carrier, told FlightGlobal in a June interview.

A presentation by Laderman earlier in 2018 shows that it is considering an array of aircraft for this need, including the A330neo, 787 and Boeing's proposed New Mid-market Airplane (NMA) for the segment.

The NMA family will seat 220-270 passengers with a range of roughly 5,000nm (9,260km) when it enters service, which Boeing forecasts by 2025. These capabilities straddle the mid-market segment where both Delta and United operate their 757s and 767s.

Airbus offers its A321LR, a long-range version of the A321neo, as a replacement for 757s that fly longer missions over the Atlantic and to South America.

Delta has discussed launching the NMA with Boeing, Bastian said last week, though the airline is known for pitting airframers against each other in fierce campaigns for orders.

United has discussed the NMA with Boeing, though executives have not gone as far as to say it could launch the programme. The airline is a frequent Boeing customer with close ties to the airframer.

Flexibility and optimisation to the mid-market segment are key to Airbus landing 767 replacement orders from Delta and United. Especially after the airframer lost the first such campaign from American Airlines, with the airline ordering 47 787-8s and -9s to replace its A330-300s, 767-300ERs and some of its older 777-200s earlier this year.

Airbus intends to deliver the first A330-900 to TAP Portugal this summer with entry-into-service by the end of the year.

The airframer plans to begin flight tests of the A330-800, which notably lacks any orders, with certification targetted for 2019, says Ustupska.