The airline’s first aircraft (G-NEOR) entered service on 30 November between London Heathrow and Warsaw and is now operating across the BA European network to points such as Rome, Madrid, Gothenburg and Paris. It is one of 10 CFM International Leap-1A powered A321neos the airline has on order, according to Flight Fleets Analzyer. The airline already operates 18 older-generation A321ceos. 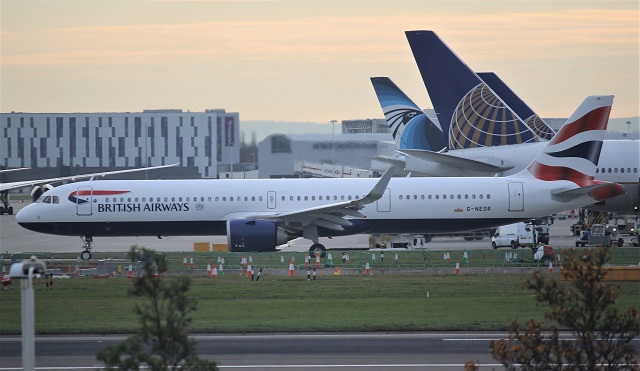 Unlike the seven A320neos currently in service with BA, the A321neo is operating from Terminal 5 at London Heathrow. BA has so far focused operations of its A320neos on services from Terminal 3.

BA’s A321neos incorporate the new Airbus Cabin Flex (ACF) arrangement, which has a revised door layout to facilitate more interior configuration options. The ACF layout, which is now standard on the A321neo, has each door two forward of the wing eliminated and replaced by a pair of overwing exits, although on BA’s A321neos only one exit is activated on each side.