Spanish flag-carrier Iberia has taken delivery of its first Airbus A350-900, which also marks the first of the type for parent company IAG.

Its initial aircraft – configured with 348 seats in three classes – is the first to feature a performance-improvement package, including a higher maximum take-off weight, taller winglets, and a twist in the wing to enhance its aerodynamics. 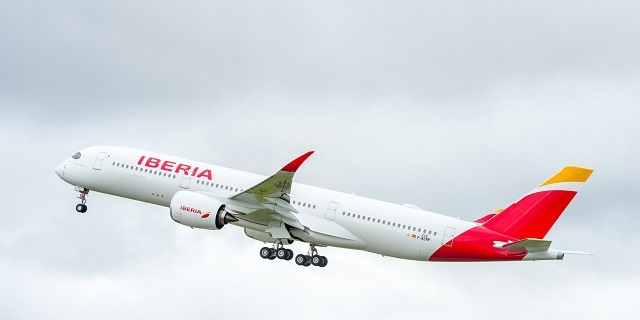 "If, during these last years, we transformed ourselves to survive, now we are transforming ourselves for excellence," says Iberia president Luis Gallego.

Iberia's first A350 will conduct its ferry flight to Madrid using a blend of sustainable fuel.