A newly opened jet engine test cell facility at Delta Air Lines' technical operations centre in Atlanta is part of the company’s aim of growing its MRO business revenue by $1 billion annually for the next five years.

Engineers at Delta TechOps will use both the new test cell facility and its new engine repair shop that serviced its first engine in September to maintain, repair, overhaul and test a new generation of engines for its airline and MRO customers worldwide. The new test cell also includes new measuring and monitoring equipment for safety checks, according to Delta. 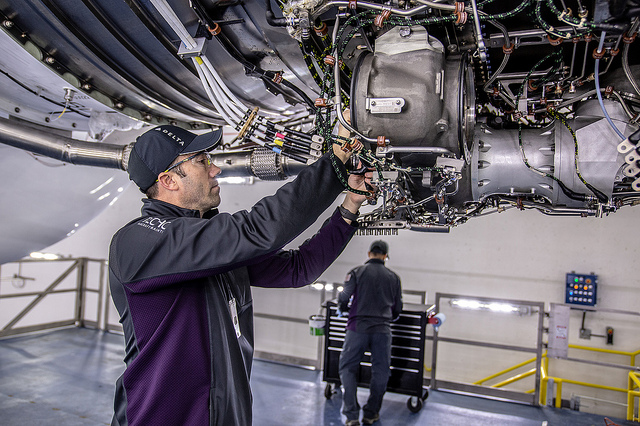 Delta TechOps has maintenance contracts with Rolls-Royce and Pratt & Whitney. A press release announcing the opening says the test cell and the repair shop can service new versions of engines built by those companies including the Rolls-Royce Trent 1000, Trent 7000, and Trent XWB. The facilities are also equipped to service Pratt & Whitney-built PW1100 and PW1500 variants of the geared turbofan engine that power Delta’s A321neo and A220 aircraft.

The new test cell that Delta TechOps bills as the largest of its kind and the first built by a US airline in 20 years can test run a mounted, stationary engine running with 150,000lb-thrust (668kN). That’s a step up from the company’s other testing facility that can test engines running up to 68,000lb-thrust. To further put Delta’s engine testing investment in context, the General Electric-built GE90 that powers Delta's Boeing 777-200LR aircraft is rated up to 115,000lb-thrust – well within the thrust capacity of the new TechOps facility. 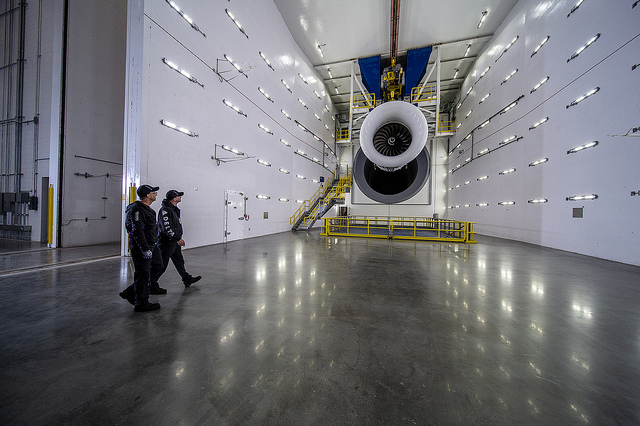