In the realm of aerial combat, the ability to see further and strike faster than an adversary is in most cases the difference between death or glory.

For combat aircraft manufacturers, the coming decade holds great potential, with the USA and several European nations embarking on the development of so-called “sixth-generation” capabilities. 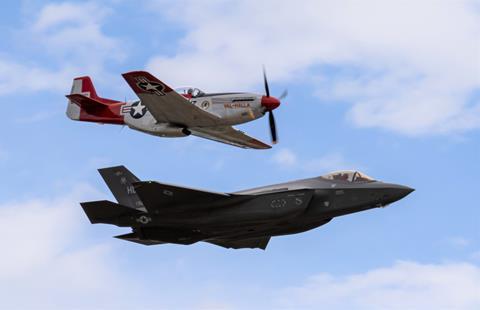 Back to basics approach?

More than simply building new fighters to replace ageing equipment, such an activity will usher in the use of more capable air-launched weapons and unmanned “loyal wingman” platforms, with artificial intelligence to speed decision making.

Of course, great power rivals China and Russia are also advancing their technological prowess, and pushing to narrow the qualitative gap with Western air forces.

For the US Air Force (USAF), this means a need to move faster. To do this, the service is looking to the experience of car manufacturers – who continually hone and update their models with the latest “whiz-bang” technology. It aims to test the concept by buying small batches of different fighters badged the Digital Century Series.

And, rather than plan 40-year service lives for its combat aircraft, the USAF now thinks its focus could be better turned to replacing them earlier.

Phrases like “sooner, better, cheaper” are easy to say, but for manufacturers accustomed to bidding low and then banking on securing decades of lucrative support business, this could be a seismic – and expensive – shift.

After the challenges encountered when delivering major programmes like the Lockheed Martin F-35 and Eurofighter Typhoon, can industry hit such new targets – or will some players crash and burn?