Can UK fund its space-launch ambitions?

The year 1962 dawned with two space powers: the USA and the USSR. Come that spring and the UK also joined the club with its Ariel 1 satellite, sadly lost not three months later to a US high-altitude nuclear detonation.

Ariel 1’s spirit lived on; the UK is now a significant builder of spacecraft. But its fate underscored a strategic weakness – the satellite was launched by NASA, and the UK had no independent means of reaching orbit. That strategic gap was, however, soon filled by Black Arrow, flown four times from Australia. 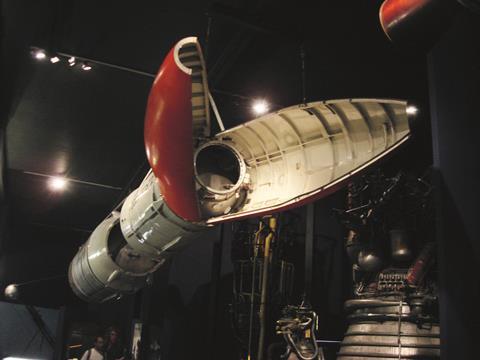 Success notwithstanding, the programme was cancelled in 1971, at least in part because the government reckoned it would be cheaper to buy launches from the USA.

Fifty years on, and a policy U-turn means the 2020s look likely to be a busy decade for small-scale launches from the UK. London is chasing a fast-growing world space market and recognises that, today, military and economic security relies in part on access to orbit.

For seasoned watchers of UK governance, an unlaunched Black Arrow in London’s Science Museum recalls not technological mastery but that old warning against being penny-wise yet pound-foolish. Some will recall Ian Fleming’s 1955 James Bond classic Moonraker, in which the government is uncomfortable with a private-sector effort to build a British space rocket – but supports the project because it saves money. Thankfully, our hero thwarts the businessman’s secret scheme to load his rocket with a nuclear warhead and aim for London.

A more direct lesson might be that, in an expensive and risky activity like launch, long-term strategic priorities and short-term government finances do not fit well on the same balance sheet.

Vote now and have your say