Ethiopian investigators’ final analysis of the Boeing 737 Max crash that spurred the fleet’s worldwide grounding contained no surprises, and among those non-surprises was the inquiry’s airbrushing of the pilots’ operational performance.

Boeing has been rightly castigated over the flawed development of the Maneuvering Characteristics Augmentation System (MCAS) stabiliser-trim function, redesign of which might not have happened for a considerable time had the Ethiopian 737 Max not suffered a remarkably improbable bird-strike on its most vulnerable component, the angle-of-attack vane on which MCAS depended. 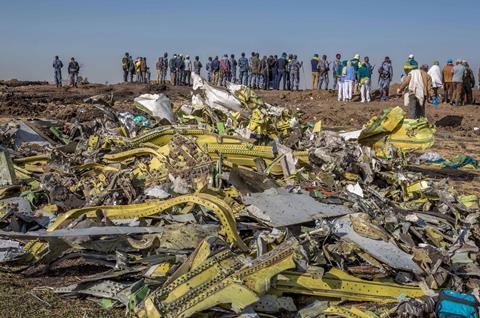 After a fatal Lion Air Max accident in October 2018, Boeing had insisted the Max was safe and that pilots had been told how to de-activate MCAS if necessary. The Ethiopian crash, just five months later, forced the airframer to adopt a more humble and conciliatory tone, under an onslaught of accusations that it was trying to blame crews who had fallen victim to a fundamentally impaired design.

But assessment of crew comprehension, skill and response – which should have underpinned the MCAS safety case – is essential for a full understanding of any accident, especially one involving human-versus-automation conflict.

To ignore crew actions and avoid exploring training adequacy or pilot competence is to deny such understanding and inevitably raise suspicion over what exactly is being kept out of the spotlight.

Ethiopian authorities already have form in delusional attempts at deflection. Witness the aftermath of the Ethiopian 737-800 accident off Beirut in 2010, when officials concocted ludicrous claims that lightning or sabotage brought down the jet after Lebanese investigators concluded that a badly paired crew became disoriented and lost control over the sea at night.

But this behaviour is not confined to one nation. US investigators clashed with Egyptian counterparts over the loss of an EgyptAir 767 in 1999, while French investigators sharply criticised the probe into another EgyptAir accident, involving an Airbus A320, in 2016.

They also strongly disputed Egyptian findings from the Flash Airlines 737 crash in 2004 – another over-water departure in the dark – which tried to pin fault on technical malfunction, rather than the crew’s spatial confusion. Examination of operational and human factors was “minimal” and “not fully developed”, comments almost identical to those levelled at the 737 Max probe two decades later.

There is no doubt that MCAS contributed to the Max pilots’ sense of overload as they fought to regain control of the jet. But the crew effectively lost control at wheels-up, long before MCAS entered the frame, which is why their decisions and reactions under stress deserve closer inspection.

Ethiopian investigators called MCAS a “hidden threat”. That threat was exposed, and addressed, and the 737 Max is back in service because humility prevailed over hubris, and admission of weakness became the first step to remedy. Pilots are human. Which means pilots are fallible. Accepting this is crucial to making them, and the aircraft they fly, less so.