Propaganda is an inevitable element of conflict but, to the chagrin of politicians, truth has an uncomfortable habit of asserting its authority sooner or later.

Russian air transport safety is better, in some ways, than the image often presented but, at the same time, has still struggled to be as good as it might. 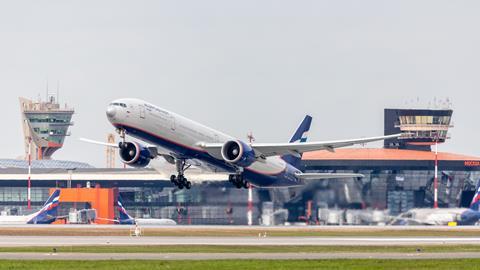 Into the Twilight Zone

ICAO found, in a 2015 audit of safety oversight capabilities, that Russia’s effective implementation for airworthiness was around the global average. And the Interstate Aviation Committee, the country’s accident investigation agency, has earned an excellent reputation for thoroughness and establishing facts – even if those facts make difficult reading for those tasked with managing Russian air safety.

But serious regulatory discord has emerged in recent years. Certification oversight was removed from the Interstate Aviation Committee during an extraordinary row with federal air transport authority Rosaviatsia, and friction between the two sides was aggravated further – with accusations of a conflict between objective professionalism and narrow departmental interests – by government proposals to set up a new multinational investigation agency with CIS nations.

None of this internal wrangling evokes the sense of stability on which confidence in air safety rests, but Rosaviatsia has demonstrated willingness to take action against rule-breakers and Russian carriers have, on the whole, avoided the disgrace of European blacklisting.

That is not to say the regulatory clockwork was a model of efficiency. The European Union Aviation Safety Agency had expressed unease, before the pandemic, over a high rejection rate for third-country approval of Russian carriers, even as it maintained faith in Rosaviatsia’s capabilities.

But the sanctions regime intensifies the pressure on Russia’s regulatory authorities, introducing a political incentive to Rosaviatsia to resist external coercion and show that it can keep its air transport system functioning safely despite the substantial complication of taking on responsibility for hundreds of extra aircraft effectively looted by the government, while being deprived of essential access to spares and support.

Boasting of possessing such capability, in the interests of keeping up morale, is a world away from exhibiting it. Individuals, including in Russia, who respect the civil aviation industry and who understand that air safety is founded on level-headed rationality and procedural compliance are likely to feel considerable nervousness over the government’s impulsiveness to prove a point.

Rosaviatsia has opted to interpret the European blacklisting of several Russian carriers not as a legitimate safety concern, but as a challenge to its competence, a position which smacks of behind-the-scenes influence aimed at little more than face-saving.

This leaves Russia’s airlines with the unenviable task of operating in a regulatory twilight zone, with considerable uncertainty over the risks of doing so. It amounts to a test of integrity, and for the sake of passenger safety, those in charge will need to be able to separate reality from the hype.