Leaving EASA is not in UK’s national interest

Imagine that you, an aerospace manufacturer, have, for the last decade or more, been certain of the rules and regulations governing the products you make, and how they are then shipped to the end-user.

If you were then faced with, for example, the imposition of new, complex – but as yet unclear – customs arrangements within the next nine months, that would be cause for alarm in itself. 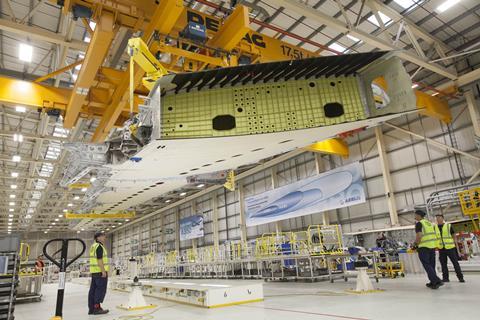 Indeed, there would suddenly be a whole pile of additional paperwork to wade through and more, not less, red tape tying up employees that could be better used elsewhere.

Were that was the case, the last thing you would want is to also have to navigate an entirely new relationship with one of the most important regulators for your industry.

Sadly, that is exactly where the UK’s aerospace manufacturers now find themselves, following the government’s decision that the nation will leave the European Union Aviation Safety Agency (EASA) as part of the Brexit process.

Responsibility for certification and safety will be transferred to the Civil Aviation Authority, a role it has not possessed since EASA’s advent.

The UK Department for Transport argues that continued membership of EASA “is not compatible with the UK having genuine economic and political independence”.

While it is futile to replay the arguments for and against Brexit itself, it would appear that the government interprets that new-found “political independence” as a right to make its own catastrophic decisions.

Given the global nature of the aerospace industry, where rules are broadly aligned across the planet, it seems short-sighted to insist on this kind of regulatory fragmentation. Certainly it is unclear precisely what benefit anyone will derive from the move.

There appears to have been little or no consultation with industry over the government’s stance – revealed not via an official pronouncement but slipped out by the transport secretary Grant Shapps during an interview – and even when there were, warnings from trade bodies appear to have been blithely disregarded.

In addition, it will take time to reconstitute the CAA’s certification capabilities – nine months seems an incredibly ambitious deadline – and money. Whether the government is prepared to sink an estimated £40 million ($50 million) per year more into the agency remains to be seen.

This decision smacks of a dogmatic adherence to one vision of Brexit, with little or no thought given to the long-term consequences.

Brexit itself is a leap into the unknown: rather than cushion the fall, the government has removed what hope remained of a soft landing.