Despite its platform modernisation efforts, the US Army’s helicopter inventory is increasingly showing its age.

The Boeing AH-64 Apache, CH-47 Chinook and Sikorsky UH-60 Black Hawk are all decades-old designs, equally enhanced and weighed down by the equipment additions made over time. 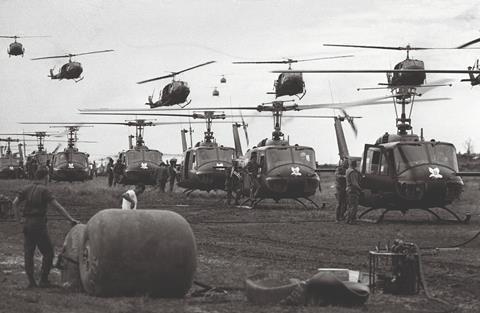 History shows that low- and slow-flying rotorcraft are a big target, even for relatively unsophisticated adversaries

With Washington’s focus shifting from counter-terrorism to preparing for a “near peer” battle with China or Russia, the US Army wants a new breed of rotorcraft to deliver extra speed and lethality.

Bell and a Sikorsky-Boeing team are respectively promoting tiltrotor and compound helicopter designs as potential Future Long Range Assault Aircraft. Both look futuristic, but also complex and expensive for what is a broad utility role.

Meanwhile, Bell and Sikorsky models are chasing the Future Armed Reconnaissance Aircraft opportunity. This seeks a compact scout capable of fighting within the narrow confines of future megacities.

But history shows that low- and slow-flying rotorcraft are a big target, even for relatively unsophisticated adversaries. From the booby-trapped landing zones which claimed UH-1 Huey crews in the Vietnam War to “dickers” relaying the flightpath of Black Hawks shot down in Mogadishu, army pilots need no reminder of the dangers which may lie in wait.

With this in mind, the US Army is trialing the use of so-called air launched effects – lightweight weapons and unmanned systems – which will allow its pilots to keep further out of harm’s way.

While the complexity and cost of its future helicopters may yet drive compromises in performance and fleet numbers, its aviators will not go into battle alone.