Should Ukraine have identified airliner threat before MH17 loss?

If there’s a country that understands the unintentional threat to commercial aircraft from a missile launch, it’s Ukraine. Its own air defence forces shot down a Russian Tupolev Tu-154 during a military exercise – despite the advantages of discipline, training and peacetime – just 13 years before Malaysia Airlines flight MH17 was destroyed by a surface-to-air missile over conflict-scarred Donetsk.

There’s a stark aspect of the Flight Safety Foundation’s inquiry into the lead-up to MH17’s destruction which deserves more attention than the headline declaration that it “did not find sufficient facts” to indicate Ukrainian officials were properly aware of a threat to civil aircraft. 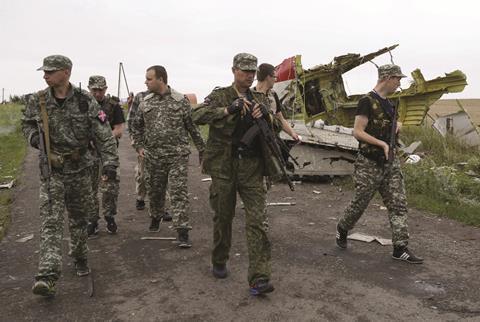 Its analysis examined whether such a threat could have been theoretically assessed, and drew up a foresight matrix looking at the factors – capability, intent, command and control, and the possibility of unintentional attack – which collectively might have given rise to a risk to aircraft operating at cruise altitudes above the war zone in the east.

For almost all the individual elements within these factors, the Foundation assigned a “high” risk value, based on the reasonable assumptions that the separatists involved in the conflict would be irregular forces, without an organised reporting channel, having no protocol for authorising a missile attack, and a marginal ability to differentiate civil aircraft from military.

With so few safeguards standing in the way of a potential attack, this essentially meant judging the risk to MH17 – or any other civil flight – depended heavily on knowing whether the separatists did or did not have access to powerful high-altitude weapons.

This makes the risk assessment “extremely sensitive” to information about such a capability, says the analysis, and should be considered as a probability range rather than a binary yes-or-no. To put it in terms of the well-known aviation risk model: guess the size of the hole in the final slice of Swiss cheese.

Its reputation tarnished by the Tu-154 debacle, Ukraine’s defence ministry would have appreciated the danger posed by rag-tag rebels engaged in real combat. The country’s security and defence council had also openly floated the possibility that a Russian surface-to-air missile system, such as the Pantsir, might have brought down a military Antonov An-26 just three days before the downing of MH17. It hadn’t – but that’s not the point.

“From a hundred rabbits you can’t make a horse,” remarks investigator Porfiry Petrovich in Dostoevsky’s Crime and Punishment. “A hundred suspicions don’t make a proof.”

This is important in a legal context, of course, but commercial aviation is an industry in which safety thresholds are measured against billion-to-one improbabilities. Suspicion is often enough; witness the tidal-wave grounding of the Boeing 737 Max, driven at that stage by precaution rather than evidence.

The Dutch Safety Board, which carried out the original investigation into the MH17 attack, believed there was “sufficient reason” to close the upper airspace through which the aircraft was fatally permitted to travel.

Apportioning blame is out of the Safety Board’s remit. The Foundation inquiry had not set out to convict or exonerate Ukraine, and the Dutch government is unlikely to rethink its view that pursuing a liability case is futile.

But if so much of the potential risk to MH17 hinged on the remote chance that combatants in a lawless war zone – who considered aircraft as legitimate targets – might source the capability to inflict damage beyond their assumed means, the authorities of a country which, in the face of all odds, accidentally shot down a Tu-154 should really have expected the unexpected.