Who foots the bill for aviation's environmental transformation?

The current narrative runs like this: shaken to its core by the damage wrought by coronavirus travel bans, the commercial aviation industry is emerging from this once-in-a-lifetime shock with a more sober, reflective and even responsible mindset.

Rather than simply returning to the pre-Covid-19 status quo, the industry instead intends to make a concrete contribution to reducing greenhouse gas emissions. 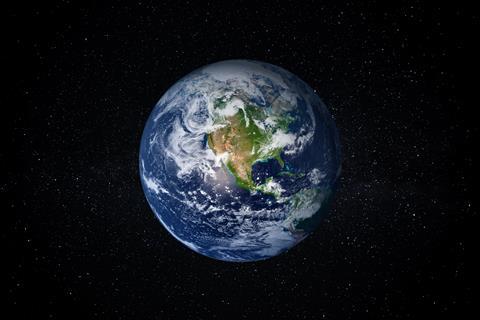 In the short term, that will mean expanded uptake of sustainable aviation fuel (SAF), while in the future new propulsion technologies will come to the fore.

With aerospace development timelines being what they are, work has now begun in order that a zero-emission narrowbody passenger aircraft can enter service by the middle of next decade.

Under this scenario, a series of milestones are crossed off without a hitch: tick, tick, tick. For the aircraft and engine manufacturers, a new fuel type – probably hydrogen – is selected by around 2025; around two years later a programme is launched; and another seven years down the line, the new type enters service.

Airlines, meanwhile, as part of their commitment to hit net-zero by 2050, successfully abate the modest total of 21.2 gigatons of carbon despite carrying more passengers each year than they ever have before.

SAF production also rises unhindered: growing from 2% of the industry’s total requirement in 2025 to 65% by 2050. Plot that increase on a graph and you can see the mountain the fuel producers need to scale.

In the background, all the complicated infrastructural changes – fuel storage and production, and meaningful reform of air traffic management – are delivered as promised.

Willie Walsh, IATA director general, notes that aviation has a “history of realising what was thought to be impossible – and doing so quickly”.

He acknowledges that the move to net-zero is “challenging”, but believes that “provided governments and the whole industry work together and hold each other accountable for delivery” then the 2050 goal can achieved.

The elephant in the room, however, is money. SAF is pricey – presently costing three to four times as much as jet fuel – and produced in tiny quantities. New propulsion systems and next-generation airframe development will require billions of dollars – trillions, maybe – in investment, and the airport infrastructure changes will also have to be paid for by someone.

As ever, problems can be solved if enough money is thrown at them, but the question is where that funding will come from.

Airlines are still licking their wounds from the pandemic-driven downturn; IATA says the industry as a whole will not be back in the black until 2023 at the earliest. Airframers and their suppliers are also still in recovery mode. Still, they appear in robust health compared with governments wrestling with cratered public finances.

And that is not to mention the travelling public. How willing are passengers to pay more for an airline ticket now if it helps to solve problems in the future? Or, will they simply travel by air less often, thus exacerbating the problems carriers face?

At present there are no easy answers, but doing nothing is not an option. What is clear is that one part of the industry cannot shoulder all the burden; this must be a collective effort.

But the industry should take care not to let self-set milestones become future environmental or financial millstones.