Why aviation should burn hydrogen, not time, to repair reputation

No-one needs reminding that aviation faces two crises. One of course is Covid-19; hitting finances, operations and staff- and passenger-confidence like a wrecking ball, it is urgent.

The other is climate change, which can be viewed as an aviation wrecking ball hitting the planet or a growing backlog of regulatory, taxation and consumer pushback building momentum to whack aviation. Either way, it is way past time for the industry to get serious about decarbonisation. 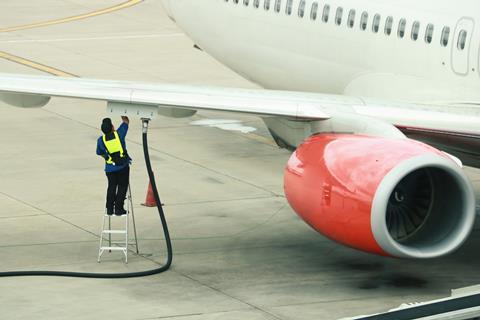 Alternative to kerosense-based fuel infrastructure will be required

Efforts to date have been earnest, but hardly effective. Biofuels make good PR stunts but will never scale up. Likewise, such wheezes as pulling CO2 out of the air to make jet fuel grab headlines but their prospects for denting the problem are at best remote. Hybrid-electrics would appear to be marginal rather than transformative. Batteries are fine for road-going vehicles, but flying performance for large aircraft remains a dream.

In any case, electric schemes and radical airframes are talked about in a 2050s timeframe and assume the development of exotic technologies like high-temperature superconductors that may never exist – while high voltage at high altitude is nightmare physics (strangely another problem where corona is the prefix).

Aviation needs to come together globally around one single, achievable technology and pool its resources to develop a global system of hardware, infrastructure and skills that could replace the universal kerosene system that works today.

There is no magic technology bullet, but the one approach that looks viable is hydrogen – to power fuel cells or for direct combustion in gas turbines. The necessary timescale is frighteningly short – barely 15 years on the probably-optimistic assumption that zero-carbon aviation from 2050 is soon enough to avert climate breakdown – and there’s no guarantee of technical success or a cost-effective outcome.

Working in aviation’s favour is the fact that this project comes in two, parallel phases. One is to make hydrogen aircraft work. The other – with which aviation does not have to directly concern itself – is to develop a system for generating huge volumes of clean hydrogen, which has its own separate research and technology thrust.

To make both of those pillars solid in short time is a tall order, and we cannot afford the luxury of waiting until good economic times return to barter over who pays.

But the present system of carrying on as usual while trying to shave a couple of percent off fuel burn and throwing a little money at headline-grabbing initiatives is greenwashing while the world burns.