Why piston pilots should have a modern cockpit canary

Close to half a century ago, a 1974 edition of the Australian government’s Aviation Safety Digest – a publication freely distributed to the country’s pilots – wryly remarked that keeping a canary in the cockpit to warn of the presence of carbon monoxide was probably an impractical measure.

“Most pilots would agree that this method of detection is hardly appropriate for use in aircraft,” it said, recommending that pilots suspecting a problem should arrange a cabin air sample test with the government. 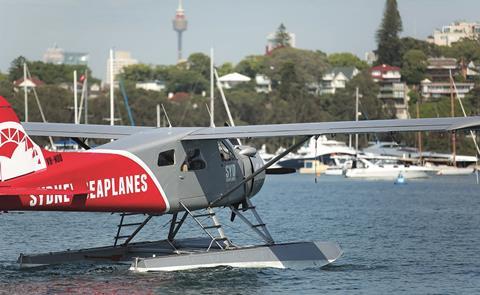 The lethal nature of carbon monoxide – a colourless, odourless, molecular gas capable of hijacking the transport by haemoglobin of oxygen through the bloodstream – is a quirk of chemistry, whereby elements ordinarily harmless, or even essential to life, become toxic through simple atomic combinations.

Using caged canaries as a rudimentary warning system – an idea credited to the Scottish physiologist John Scott Haldane – had long been a feature of the mining industry.

The birds were sensitive to concentrations of carbon monoxide, and reacted to the gas far sooner than workers in the pits. Some cages were fitted with small oxygen cylinders – not for the miners’ benefit, but to revive the birds if they were overcome.

Canaries were still a part of mining more than a decade after the Aviation Safety Digest comment, before tradition was inevitably overtaken by technology.

Miners carried alarms underground because the carbon monoxide threat, like firedamp and coal dust, was part of the job, a risk during every descent.

Not so in general aviation, where the complexities of flight push the relative improbability of carbon monoxide contamination down the priority list.

“Pilots often overlook or dismiss the onset of symptoms and don’t connect them with the possibility of exposure,” says the US National Transportation Safety Board.

Safety regulators have urged aviators to become familiar with engine exhaust systems and the hazard posed by leaks from cracked or fractured pipes. But their simplest advice to pilots is to take a “canary” into the cockpit, a modern sensor-detector which will sing an electronic warning before dizziness, nausea and disorientation set in.

If pilots cocooned in a cabin at altitude are as vulnerable to poisoning as miners working the tunnels beneath the earth’s surface, the wisdom of a modern take on a decades-old idea is surely beyond question. As below, so above.