Perhaps the most significant thing about the Farnborough air show was that it took place. After the event’s pandemic-enforced absence in 2020, it was thrilling to see aircraft once again performing in the skies, and crowds throng the global village on the slope overlooking the historic airfield – even if the searing heat made it feel more like high summer in Dubai than Hampshire. 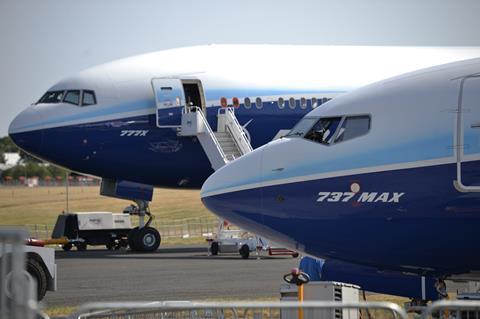 The other most striking aspect was what exhibitors were saying. Previous Paris and Farnborough shows have been about programme updates and high-profile aircraft orders, with Airbus and Boeing often going all out to outshine the other. This show, you could not go very far without hearing the S-word: sustainability. Almost every manufacturer had a core message about its efforts to reduce aviation’s carbon footprint.

Yes, there were commitments of the old-fashioned kind – including 25 Boeing 737 Max 10s for Qatar Airways, and LATAM Airlines Group’s deal for 17 Airbus A321neos, announced on the fourth day of the show. But commitments to green technology were the central theme.

The new breed of electric vertical take-off and landing platforms featured prominently – Embraer spin-off Eve unveiled its cabin mock-up, there were tentative orders from helicopter group Bristow and Scandinavian training provider AAP for Lilium Jets, and Vertical Aerospace talked about flying its VX4 prototype in the next months.

In disruptive propulsion, Collins revealed it has begun working on a 500kW electric motor for the HAV Airlander 10 hybrid airship, Eviation is set to fly its all-electric Alice, and Airbus is to run flight tests of a glider fitted with a hydrogen engine to assess the fuel’s impact on the environment.

As it continues to recover from its most dramatic downturn, there is no doubt that the industry is re-setting, not because of Covid-19, but a growing awareness that the ever-increasing demand for air travel cannot be met with current technology without catastrophic consequences for the planet. The record temperatures set in the UK on the Tuesday of Farnborough reinforced that imperative. 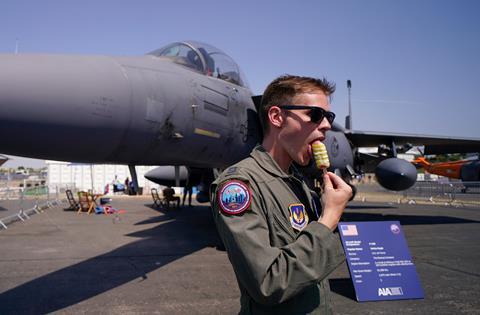 The good news is that the industry is responding with a wave of determined ingenuity not seen since the dawn of the jet age and the space race. There are plenty of small steps – from conventional engines that burn carbon more efficiently to greater availability of sustainable aviation fuel. However, giant leaps do not feel too far away either. Whether that comes through hydrogen fuel cells or a new transport infrastructure that involves electric-powered air taxis and regional aircraft – or something else entirely – remains to be seen.

On Friday, Farnborough as usual opened its doors to school, college and university students looking to careers in aerospace. There can rarely have been a more exciting time to join the industry.