60 years on, why Yuri Gagarin remains an orbital hero

On the morning of April 12 the Soviet news-agency Tass began to broadcast one of the greatest announcements in the history of mankind. The message began to come through at 0759BST (0959, local Russian time) and opened in the following terms:

“The world’s first spaceship, Vostok (East), with a man on board was launched into orbit from the Soviet Union on April 12. The pilot space-navigator of the satellite spaceship Vostok is a citizen of the USSR, Flight Major Yuri Alekseyevich Gagarin. 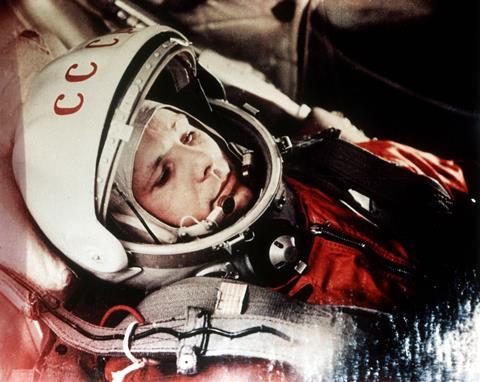 “The launching of the multi-stage space rocket was successful and, after attaining the first escape velocity and the separation of the last stage of the carrier rocket, the spaceship went into free flight on a round-the-Earth orbit. According to preliminary data, the period of the revolution of the satellite spaceship around the Earth is 89.1 min. The minimum distance from the Earth at perigee is 175km (108.7 miles) and the maximum at apogee is 302km (187.6 miles), and the angle of inclination of the orbit plane to the equator is 65° 4’. The spaceship with the navigator weighs 4,725kg (10,416.8lb), excluding the weight of the final stage of the carrier rocket.”

The fact that this announcement was by no means unexpected in no way detracted from its stunning impact on the entire world. Ever since Sputnik 1 went into orbit on October 4, 1957, manned spaceflight has been the obvious next major milestone, and the Soviet Union, largely as a result of greater available first-stage thrust and apparently excellent reliability, has placed in orbit a far greater tonnage than the US and has successfully recovered spacecraft of much greater size.

As in all Soviet space launchings, no details have been given of the location of the firing, nor of the recovery area, neither have any particulars been divulged concerning the launch vehicle. The space vehicle itself is certain to be the same as that used in all the Soviet firings since May 15, 1960. In addition to the five test shots preceding Gagarin’s flight, the vehicle was undoubtedly subjected to extensive static and systems testing, and the overall reliability of the entire booster and capsule appears to be remarkably high. The vehicle is considerably larger than the American Mercury capsule, which weighs some 2,100lb loaded.

According to the Russian announcements, the capsule had “a double wall of thin metal” – Mercury uses two layers of 0.1in titanium alloy – and the Cosmonaut was strapped to a contoured foam-rubber couch. lt may be inferred that it also had a controllable retrorocket system, and a series of parachutes for final recovery. The launch took place at approximately 0907 local time, and one complete orbit was accomplished. The recovery sequence began at 1025 local time.

During the flight, Major Gagarin is reported to have radioed, “Flight is proceeding normally; I feel well” (over South America at 0722BST) and “I am withstanding state of weightlessness well” (over Africa at 0815BST). The landing was made “safely at a predetermined spot in the Soviet Union” at 1055 local time. Gagarin then said “Please report to the Party and Government, and personally to Nikita Khrushchev: the landing was normal, I feel well, l have no injuries or bruises.” Prime Minister Khrushchev at once sent the following telegram: “I warmly congratulate you. I embrace you. Until our meeting soon in Moscow.”

On April 13, before his triumphant entry into Moscow the following day, Gagarin was interviewed at length by Tass. The result was a unique narrative, in some places of a personal and recollective nature but in others containing straightforward descriptions of sights never before seen by man.

“I had,” he said, “no feelings of loneliness in space. I knew well that my friends, the entire Soviet people, were following my space flight. I was sure that the Party and the Government would always be ready to help me if I found myself in a difficult situation. I felt fine, and could have spent much longer in the spaceship; but the duration of my flight had been fixed in advance.

“The sunlit side of the Earth is visible quite well and one can easily distinguish the shores of continents, islands, great rivers, large areas of water and folds of the land. Over Russia I saw distinctly the big squares of collective-farm fields, and it was possible to distinguish which was ploughed land and which was meadows.

“Before this l had never been above 15,000m (49,213ft). From the spaceship satellite one does not, of course, see as well as from an aeroplane, but very well all the same. During the flight I saw for the first time with my own eyes the Earth’s spherical shape. You can see its curvature when looking to the horizon.

“l must say the view of the horizon is quite unique and very beautiful. It is possible to see the remarkably colourful change from the light surface of the Earth to the completely black sky in which one can see the stars. This dividing line is very thin, just like a belt of film surrounding the Earth’s sphere. It is of a delicate blue colour. And this transition from the blue to the dark is very gradual and lovely.

“When I emerged from the shadow of the Earth the horizon looked different. There was a bright orange strip along it, which again passed into a blue hue and once again into a dense black colour. What struck me most remarkably was how near the Earth seemed, even from the height of 187 miles.

“l did not see the Moon. The Sun in outer space is tens of times brighter than here on Earth. The stars are visible very well: they are bright and distinct. The whole picture of the heavens is much more contrasty than when seen from the Earth.

“When weightlessness appeared I felt excellent. Everything was easier to perform. This is understandable. Legs and arms weigh nothing. Objects are swimming in the cabin, and I did not sit in the chair, as before, but was suspended in mid-air. During the state of weightlessness I ate and drank, and everything was like on Earth.

“I was working in that state, noting my observations. Hand-writing did not change, though the hand was weightless. But it was necessary to hold the writing block, as otherwise it would float away from the hands.

“l was convinced that weightlessness has no effect on the ability to work. The passage from weightlessness to gravitation, to the appearance of the force of gravity, happens smoothly. Arms and legs feel as previously, the same as during weightlessness, but now they have weight. I ceased to be suspended over the chair, but eased myself into it.

“When I returned to the Earth I was overjoyed. l was warmly met by our Soviet people. I was moved to tears by Nikita Sergeyevich Khrushchev’s telegram.”

Aged 27 at the time of his historic – and only – voyage into space, Gagarin had first worked as a foundryman, subsequently attending a military aviation college and serving as a parachute instructor before being selected for Cosmonaut training.

“He proved an admirable ambassador for the USSR on international visits; and played an important role in training other cosmonauts,” Flight wrote after his death on 27 March 1968. Undergoing instruction to become a fighter pilot, Gagarin was killed with Colonel Vladimir Seregin when their Mikoyan-Gurevich MiG-15 trainer crashed near Moscow.