Regarding your online coverage of the Ethiopian Airlines Boeing 737 Max 8 crash report (FlightGlobal.com, 28 December 2022 and 4 January 2023), it is notable that the comments from the BEA and US National Transportation Safety Board (NTSB) do not match.

The BEA’s comments – which are much fairer – concentrate on the failure to run the approach to stall and/or indicated airspeed/altitude (IAS/ALT) disagree procedures before the flaps were retracted. 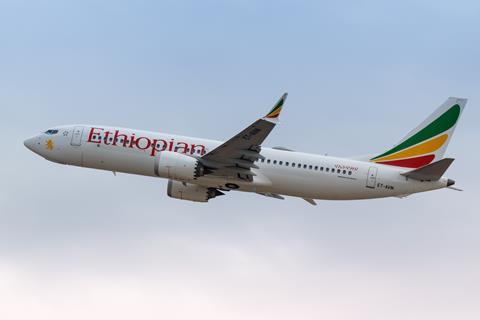 The NTSB concentrates on the failure to run the trim stabiliser runaway procedure as stated in the Federal Aviation Administration (FAA) emergency airworthiness directive after flap retraction, which activated the Maneuvering Characteristics Augmentation System (MCAS).

The unreliable airspeed procedure would have saved everybody’s lives, provided it was run with the flaps down, avoiding MCAS activation. But it cannot be run immediately after take-off, because of the need to gain height: in this case, 14,000ft.

We will never know whether the pilots intended to run the unreliable airspeed procedure with the flaps up, but it would not have worked. The reason is that MCAS was activated on flap retraction, and within 9s the pilot flying was pulling 90lb on the control column to keep control of the airplane. FAA regulations say the limit should be 70lb with both hands.

The BEA’s comments are telling: “During this phase, the physical efforts applied by the crew on the column probably impacted their situational awareness and their cognitive resources and did not allow them to undertake the proper actions.”

The Ethiopian Aircraft Accident Investigation Branch has not accepted that there was an IAS/ALT annunciation, as it was not recorded. My belief is that it did appear, but as the flightdeck was in meltdown perhaps it didn’t register with the pilots.

The NTSB’s comments are simply unfair. The stabiliser runaway procedure as stated in the FAA emergency directive is wrong, as it does not mention the need for speed management, or to disconnect the autothrottle and apply the speed manually.

The directive does say that the electric manual trim should be used to unload the aerodynamics/stabiliser – but how do you do that when, within 9s, you are hanging onto the airplane for dear life?

The BEA’s comments are instructive, asking ‘can it be done?’, and its comments suggest not.

Once the flaps had been retracted and MCAS activated it was game over. The NTSB simply does not address reality – could anyone do what it suggests?

I don’t think so.

If the regulators cannot agree on the procedures to use, even with 20/20 hindsight, then how can pilots be expected to?

I am not surprised that the Ethiopian investigators have simply refused to blame the pilots.

Instead of using twin hulls – never convenient – a blended body configuration would make much more sense. 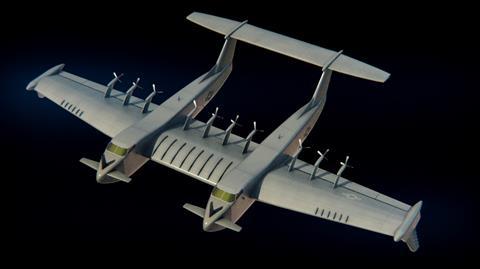 Is artist’s impression a twin-hull tease?

There would be ample room for cargo and hydrogen fuel, engines at the back (out of spray’s way), and a dual-purpose undercarriage of light and compact foils for water-work – and multiple wheels with ground-effect assistance for land operation.

This challenged world urgently needs such a versatile airlifter.