Regarding your coverage of the UK’s recent defence review (Flight International, April 2021): it is smoke and mirrors regarding the airborne early warning (AEW) gap between this year’s retirement of its Boeing E-3Ds and the later introduction of just three E-7A Wedgetails.

We are stepping back to the days of [defence secretary] John Nott, when he cut the Royal Air Force’s (RAF’s) Shackleton fleet from 12 to six, and then, when the replacement Nimrod AEW3 was cancelled, we were left with five antique aircraft to help defend the UK. 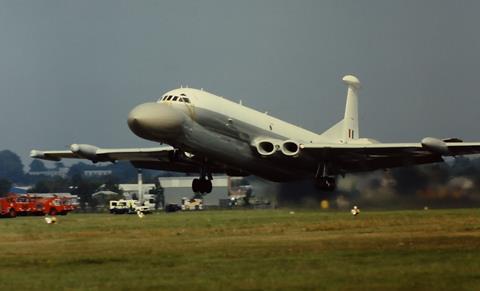 The UK’s Nimrod AEW3 programme was cancelled in 1986

One of the points of having AEW is to cover for gaps in ground sensor coverage – not the other way around.

Much as I’m sure those at the RAF’s 1 Air Control Centre will love the opportunity to pack their tents and deploy, there are many places they won’t be able to go, so we need AEW.

And on the UK’s future investment plans: how can reconnaissance satellites track airborne objects?

With reference to the story ‘TUI 737 weight incident traced to ‘Miss’ interpretation of female passengers’ (FlightGlobal.com, 8 April 2021), there have been many incidents and accidents where the weight of the aircraft has been erroneously entered into the flight management system. 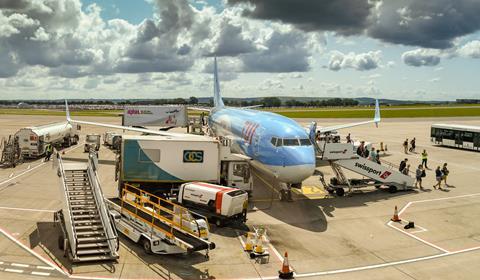 This risky procedure involves approximating the weight of the passengers, their luggage, the fuel and any cargo, and matching it to the length of the runway and air density, which additionally varies with temperature and altitude.

To add to the above, the thrust of the engines may vary also with temperature, altitude, fuel quality and mechanical conditions.

A simple solution to this problem, which eliminates all these uncertainties, would be to calculate the precise thrust needed for safe lift-off based on the acceleration the aircraft has seconds after spool-up and brake release.

Relatively modern aircraft already have the accelerometers and computational capacity to do this, and for older aircraft, it could even be calculated with an iPhone.

Reading the article ‘Ratcheting up’, about the ongoing Airbus/Boeing World Trade Organization dispute (Flight International, February 2021), I was reminded of a letter I submitted in September 2015, regarding a suggestion that Boeing had once been promised that it would be the only airframe manufacturer for civil aircraft in the western world.

I believe there is a quiet rage that Boeing not only has a competitor now, but one that is even assembling some of its aircraft within the USA. 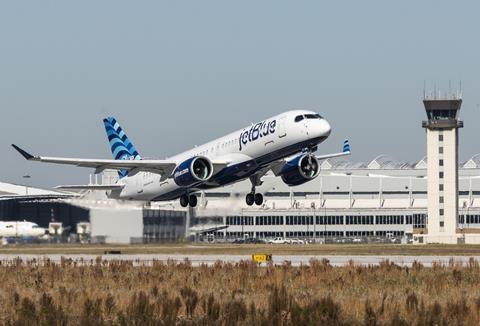 Built in the USA

It is worth remembering that the UK gave up airframe manufacturing suddenly – especially with the Vickers VC10 and BAC 1-11 – which effectively ended real competition at that time.

Boeing has not been itself for a long time, even though it is the only US airliner manufacturer; hence the serious spat with Airbus.

In your article ‘Engines stay core for NASA’ (Flight International, April 2021), it says the stated aim is ‘increasing an engine’s bypass ratio to 15% – up from around 12% today – and its pressure ratio to about 50%’.

Call me dull, but what on earth does that mean?

A ratio is normally expressed in the form of 1:8, for example – I have never seen it expressed as a percentage. A further explanation would be helpful.

Editor’s reply: We may require some boffin assistance here; NASA’s own “kid’s” web pages about propulsion swiftly go the beyond normal-level comprehension that engines “suck, squeeze, bang and blow”. Calculators at the ready…

Your ‘Best of the rest’ section frequently uses a green font against a purple background to caption the pictures.

That doesn’t look too bad in the digital version, but it is almost impossible to read in print.

Please consider those of us who prefer the paper version when selecting fonts and colours for your otherwise excellent magazine.

Editor’s reply: Apologies for any problem with legibility – to our eyes green text on blue background usually reads very well. However, individual caption colours are now picked by our designer for their best presentation; we hope you find the mix in this issue more agreeable, and enjoy reading the online articles associated with them by using your FlightGlobal Premium login.