Regarding the concept of a ‘crew-free future’: the technology companies seem to be suffering from a number of serious misunderstandings.

Two pilots are about trapping error, and this is the reason that all large aircraft have two crew members: incapacitation to one is a small risk in comparison. It is the application of crew resource management theory that has enabled two-crew flight operations to reduce accident rates to such extraordinarily small numbers. 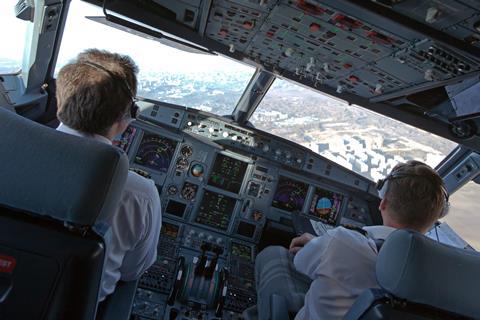 The current system allows an inexperienced pilot to safely gain the necessary experience, by both operating and observing, under the watchful gaze of an experienced colleague. The sum of two pilots in a crisis always exceeds the sum of their parts, and it is hard to see how a machine in one seat will ever lift crew performance beyond one.

A fully-autonomous system, while more than capable of replicating the motor skills of a pilot and operating safely, will fail when something catastrophic occurs. Examples such as the ‘Miracle on the Hudson’, the DC-10 at Utah City and the Qantas A380 uncontained engine failure spring to mind.

Safety is always an airline’s number one priority, but a fully-autonomous system will suffer from the ‘Challenger Syndrome’. The best defence against this is to have a crew of two on board the aircraft, empowered by their regulator-issued and -enforced licences to make hard decisions, and safe decisions that their airline is not always happy about. Take the crew away and the artificial intelligence algorithm will always dance to the company’s tune.

The pilots are the final buffer between disaster and safety.

Look at recent events, where pilots and trainers were sidelined, company dogma applied to decisions, and two disasters followed. Remember how reluctant the company concerned and its regulator were to make the necessary safety-related decisions, even after fatal events.

I, like many, would not get on a single pilot/autonomously operated large commercial aircraft, until all the above points have been sorted to my satisfaction. I’m not a Luddite, but give me a hard-nosed captain and a fresh faced co-pilot any day: a genuinely tried, tested and de-bugged operating system.

As an aviation veteran I have been very saddened by what has happened to our industry after so many successes by so many people worldwide. It started with the success of ICAO and IATA, which formed the path for the industry to follow. We were doing so well with one exception – fuel and carbon emissions.

As a result of Covid-19 we need to urgently get our industry looking at a replacement for Jet A1, because aviation’s carbon footprint is terrible.

I believe the future success of aviation is dependent on a carbon-neutral fuel, and that needs to be well under way by 2024.

Industry and governments need to be forced into encouraging and sponsoring alternative fuel. But sustainable aviation fuel is only a temporary measure, to show that we are doing something.

Electric aircraft are already flying. They will be important, like electric cars, but it is the airliners that we must consider and at the moment it must be hydrogen that is the favourite (Flight International, October 2020). 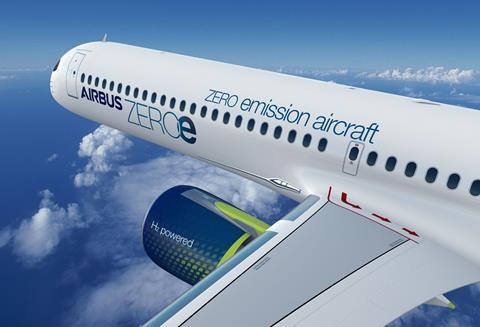 Governments must put money into developing this possibility, because aircraft are already flying using hydrogen, and it is carbon neutral. In Japan, it is already being used for ground transportation.

We also need aviation journalists to get stuck into this fuel development topic, so that it lights up the decision-makers to press forward. We have to be ready to meet our carbon-neutral targets and show populations that aviation understands and is supporting the green movement.

When the Biafra conflict broke out in Nigeria, my company, Bristow Helicopters, told me to fly back to the UK the large, grey Westland S-55 that was used there for offshore operations.

I took along a young engineer apprentice with me to carry out the en route checks, and rather than go direct across Africa, I decided just to follow the west coast to Gibraltar and enter Europe there.

All went well until we entered what was then Portuguese Guinea. Because of the strong headwind we were flying at about 300ft and were just a few miles from the next international border when there was a huge external noise, followed by large splashes in the water below and a Fiat jet passing very close in front.

I pulled up and put out a “Mayday” call. Air traffic control answered and told us that we had been intercepted and must turn back and land at the military base behind us or we would be shot down. I complied.

Taking up your invitation welcoming feedback on the new monthly format for Flight International, something I think that would be welcome is a round-up of news covering the past four weeks.

Much happens across the aerospace world, and while news in feature form gives a more in-depth approach, some of the small, short items would give readers a greater overview of the subject, and in my opinion such material should not just be published on the internet.

I believe readers would appreciate thumbnail slugs of news about important deliveries, first flights, new companies, or obituaries on those who made the news in the past.

Editor’s reply: Our in-depth coverage is intended to keep readers informed about the key aviation developments each month, including registering major milestones, but we will consider whether some kind of “best of” section could add value. However, given our publishing schedule, using your subscriber login to access our 24/7 reporting on FlightGlobal Premium is the best way of keeping current with up-to-the-minute industry developments.

With reference to Chris Elliott’s letter ‘Maths vs Musk’ (Flight International, October 2020), and several previous articles on electric- and hydrogen-powered aircraft options: the energy density of liquid hydrogen appeared to be missing.

This equates to 144MJ/kg – far greater than kerosene at 43MJ/kg – and should give much further scope for its use.