The scourge of tailwind landings

During my 32 years as a pilot and flight instructor with SAS, the company had three accidents in connection with landing; all in tailwinds. These involved a Caravelle (Ankara), DC-8 (Los Angeles) and DC-10 (New York). In addition, the domestic carrier Linjeflyg had a fatal landing accident in a tailwind, with a Metro II in Angelholm.

I studied psychology at Stockholm University, and have researched and analysed the world’s tailwind accidents.

There are two types of aircraft crashes in connection with such conditions.

In Type 1 events, the pilot flies as in “downhill” and enters the runway at too high a speed and slips off at the end of the runway. This is pilot error, as the crew should have aborted the approach as it was not stabilised.

A Type 2 incident involves the pilot reducing the aircraft’s speed to the correct value, but as it approaches the ground – where the wind always decreases – the airspeed indicator shows an increase in speed. By reflex, the pilot reduces the engine power and before there is time to correct that error, the aircraft crashes short of the runway.

After an article of mine appeared in the Flight Safety Foundation’s monthly journal, Airbus and Boeing reprogrammed their automatic speed controls so that they also register the aircraft’s speed over the ground via radar. When these indicate that the air speed decreases when the tailwind lessens, it increases the engine power, even though the pilot’s flight speed indicator shows an increase in speed. 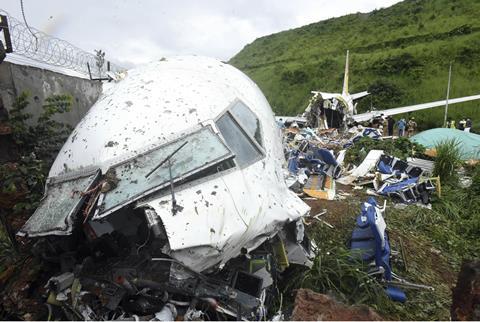 Your half-year safety report (Flight International, 11-17 August) listed the 5 February crash of a Pegasus Airlines Boeing 737-800 in a 20kt (37km/h) tailwind. On 7 August, an Air India Express 737 suffered a similar fate, with a tailwind of around 10kt.

Both were “Type 1” incidents: ones that cannot be handled by the autothrottle – only the pilot can avoid them.

I am a long-term reader, and very keen to keep in touch with the industry.

In the late 1960s and 1970s, I was very much involved – initially recruited as a sales engineer for the Panavia Tornado and then working on the Airbus A300’s secondary flight-control systems. After selection, I was promoted to contracts manager for what was to be a very exciting ride.

The A300 contract also included its tailplane actuator, which our design team had proposed as a triplex system because of its vital contribution to the aircraft’s safety.

Boeing’s original fitment of a simplex actuator for the 737 Max is beyond comprehension. Its proposal to modify it to a duplex-signalled actuator is, I believe, totally unacceptable, and should not be awarded airworthiness.

He wrote about the cockpit height and difficulty of not cutting corners when taxiing. 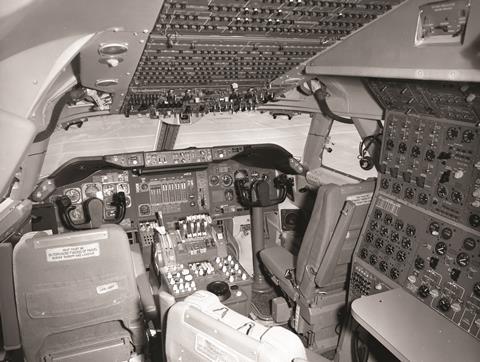 Jumbo cockpit made corners a challenge

In a Douglas DC-10 (covered separately in the same retrospective package) the front wheels were so far behind the cockpit that you really did think you were farming when you made a turn!

The “magical” 400Wh/kg output needed to enable electric flight is being touted as the point where batteries can go head to head with kerosene. Elon Musk says so (FlightGlobal.com, 11 September), but I think his calculations are out by a factor of 10.

Batteries are measured in Wh/kg, whereas kerosene is in MJ/kg. The conversion is 1Wh equals 0.0036MJ.

Kerosene is around 43MJ/kg, but as modern turbofans are around 35% efficient we can effectively de-rate its effective energy density to around 15MJ/kg.

Not all of this will be converted into thrust, as some will drive electrical load, the environmental control system and so on.

If a battery-powered aircraft has a drivetrain (invertors, wires, and other components) that is generously 95% efficient, then a 400Wh/kg battery could be de-rated to 380Wh/kg.

For every 1kg (2.2lb) of kerosene you’d need approximately 10.9kg of battery to generate the same duration of usable thrust, so I am left with the conclusion that the hurdle for directly equivalent long-range larger electrically powered aircraft should be batteries with approximately 4,000Wh/kg.

An electrically driven fan motor, mostly iron and copper, will be heavier than a turbofan, which is mostly air by volume. The electric aircraft will need high altitude-capable wiring insulation and power convertor hardware, but could offset that against lower drag options, such as using a blended-wing body, boundary layer ingestion, wake drag reduction, or flying slower.

By contrast, a kerosene-powered aircraft becomes more efficient in flight, as it burns off fuel and grows lighter. A narrowbody such as an Airbus A320 has a maximum range of 3,000nm (5,550km), but a typical flight might only cover 1,000nm – so perhaps a limited range would not preclude sales of a aircraft while limiting the volume of batteries that need to be carried.

But even allowing for this, the required battery capacity only drops to 1,330Wh/kg: far above what is currently available or envisioned.

Reading that the author of the excellent letter: “Quality counts in the cockpit” (Flight International, 11-17 August) chose not to disclose his or her identity, I must confess I was momentarily tempted to claim authorship. I would certainly have taken pride in seeing my name under such a profoundly qualified view.

To have your say, email your correspondence to flight.international@flightglobal.com We accept letter contributions of up to 350 words in length.