Travel restrictions associated with the continuing Covid-19 pandemic mean that relatively little flying is taking place, so proportionately fewer fatal or serious accidents have happened so far in 2021 compared with the same period (January-June) in the pre-pandemic years.

The resulting slower pace in personal and working lives, however – including in commercial aviation – has given people time to question professional and private priorities. This may mean that the industry never entirely returns to its pre-pandemic operating philosophies. Indeed, it seems likely there will be an additional focus on specific safety priorities; a process that has already begun. 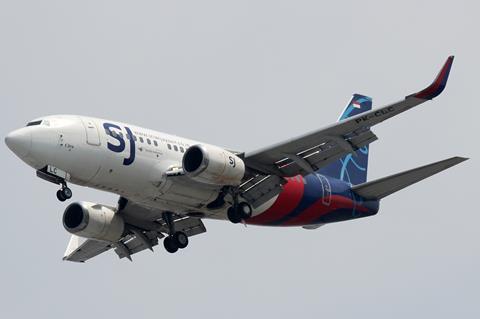 In the first six months of 2020, and again in the corresponding period this year, only four fatal accidents occurred worldwide: the joint lowest number ever. The first half saw only one of the fatal accidents involve a big jet – the remainder were turboprop aircraft.

But given that flying operations reduced worldwide in many of those months by between 90% and 50%, depending on the region, those figures mean very little on their own. Similarly, the total number of deaths in those accidents – 102 and 77 respectivey in the first halves of 2020 and this year – are low but unexceptional given the traffic reduction.

Paul Hayes, director of air safety and insurance at Cirium, describes the general commercial air transport safety situation now: “The airline industry’s recovery following Covid-19 can be expected to result in a period during which threats to air safety are increased. This will need to be effectively managed. However, this situation will be transient and should have no significant negative impact on the long-term trend of improving airline safety.”

He continues: “On average, globally, airline safety (measured by the fatal accident rate) is now three times better than it was only 10 years ago, and safety has increased by an order of magnitude in the last 30 years – more or less during a pilot’s career.”

In pointing out risks during the recovery period, Hayes refers to the need to prepare long-stored aircraft to fly again, and the challenge of providing furloughed crews with refresher training to return them to proficiency.

Some of the less obvious problems potentially involved in returning stored aircraft to service include, for example, an elevated risk of microbiological contamination of fuel, according to Conidia Bioscience’s aviation manager Andrew Rushton. He explains that merely resuming normal fuel testing regimes might miss this type of biomass contamination. In any case, the airlines’ operations, training and engineering departments will all be kept busy.

Meanwhile, the worst accident in this year’s first six months, the Sriwijaya Air Boeing 737-500 crash off the coast of northern Java, Indonesia in January looks as if it may exemplify the main accident risk that airlines still face.

By far the most common fatal accident cause globally for more than two decades has been crews losing control of aircraft that were perfectly controllable, even if aircraft faults had been the initial cause of their distraction. The two 737 Max 8 loss of control in-flight (LOC-I) crashes in Indonesia and Ethiopia, respectively in October 2018 and March 2019, involved complex technical causes for which specific pilot training had not been provided, but there were many LOC-I events involving multiple aircraft types in Indonesia, Asia, Africa and Russia over the last two decades.

Although the Indonesian air accident investigator of the Sriwijaya crash has not yet completed the full investigation, the circumstances established in its preliminary report suggest LOC-I is likely to have been the causal factor.

LOC-I as an accident category is, unfortunately, an established phenomenon. It shows no sign of being brought under control on a worldwide basis, despite the industry’s awareness of it as a serious risk and as the greatest single killer of airline passengers and crews.

Even the USA, which normally would claim a good record on such issues, is not immune, as evidenced by a 23 April 2018 Atlas Air 767F crash in which the crew became disorientated, and the report noted a record of poor performance in training.

The fact that LOC-I accidents have already been eliminated by many airlines in some of the world’s busiest aviation regions is evidence that the phenomenon can, indeed, be beaten. The question is, therefore, how to persuade the rest of the world that they can achieve the same.

Hayes describes the general situation neatly: “We laughed when the FAA [US Federal Aviation Administration] – in 1995 – announced a goal of ‘zero accidents’. But, if we consider just fatal accidents alone, this goal is already being achieved by the vast majority of airlines every year. LOC-I accidents still happen, but none of these have been ‘Acts of God’, so there is certainly still scope for further improvement.”

Hayes is not the only one to have identified this operational issue as needing attention. The Royal Aeronautical Society’s (RAeS’s) Flight Operations Group (FOG) ran a webinar in late June entitled: Pilot Training: is it time to revisit the basics? The issues addressed were summed up by the society like this: “It is not the number of accidents that is at issue here, it is the fact that so many of them were avoidable had the pilots used basic skills to recover from the situations they found themselves in. The lack of these skills raises the question as to whether the skills were ever in place, or whether this is evidence of skill fade due to an over-reliance on the automatics.”

The conclusion suggested by the webinar contributors was primarily the former: the skills had not been instilled – or perhaps not consolidated – during training in the first place. 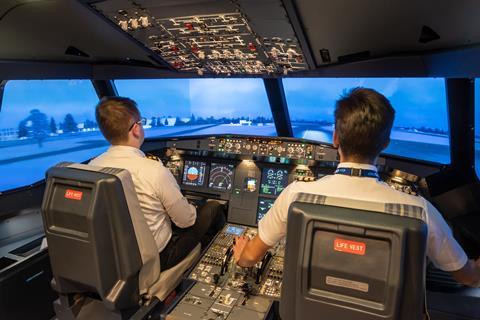 Heavy reliance on simulator-based training has been criticised by some

In the Sriwijaya accident, the left power lever is known to have retarded – probably automatically – during the early climb, but the crew appeared to take no account of the consequent asymmetric loss of power and its effect on the aircraft’s performance.

The aircraft was flying in instrument meteorological conditions owing to rain-bearing cloud with embedded cumulonimbus. When, about 5min after take-off, the autopilot could no longer hold the control forces caused by asymmetric power, it disconnected and the aircraft rolled rapidly left to a bank angle of 45°. Soon after this, it pitched dramatically nose-down and entered a high-speed descent to impact with the sea.

The failure of the crew to react to the developing situation during the climb is difficult to understand, unless it was because they had completely failed to monitor the engine and flight instruments. Then, when the aircraft rolled rapidly toward the left engine with its low power setting – the roll suggesting a flight condition close to a stall – the crew’s failure to act to correct the aircraft’s developing attitude, airspeed and power setting suggests that, by that time, they were so disorientated they could not recognise what needed to be done.

Even if this were the only recent fatal LOC-I accident the evidence of the crew’s inability to manage the aircraft’s performance would be worrying, but since it is one of many such events, the situation can no longer be ignored.

A speaker at the RAeS webinar, Dr Kathy Abbott, a human factors specialist at the FAA, pointed out that pilots today need more training than their predecessors because of the increased technical complexity of the aircraft they fly. Unfortunately, many airlines have interpreted the provision of greater flight automation purely as a tool for reducing pilot workload, thus reducing the need for pilot training, especially in the cognitive and physical skills associated with manual flying – essential when the automation fails or disengages.

Also contributing to the webinar was aviation consultant and former British Airways and Ryanair training specialist Captain John Leahy. He recently co-authored – with RAeS FOG member Captain Robert Scott – a study for the RAeS journal Aerospace which sums up the training conundrum: “Pilot training has changed greatly, particularly in the last two decades. It is shorter in duration, with less flight time on real aircraft, less exposure to the resultant stress of actual flight, and much of it computer-based. Simulator time is reduced in many cases to the minimum required to achieve certification requirements.”

Leahy and Scott continued: “Among the drivers for these reductions have been better automation and more reliable warning systems, resulting in aircraft that are considered to be easier to fly. Currently, pilot training is a combination of mastery of basic handling skills and the ability to manage complex automated systems, with an increasing emphasis on the latter. Thus, although management of automation has improved, less and less time is now spent on developing and maintaining the basic skills that are so necessary when automation fails or causes confusion.”

Leahy and Scott are not the first to have called out this issue, although they have summed it up concisely. The question remains: how can the many airlines that persist with training their pilots to the absolute minimum legal standards be persuaded to do more, especially when accidents remain rare, however shocking they are when they occur?

Leahy says the only solution he can suggest is that the world’s leading airlines, which already choose to train to standards well above legal minima, need to take the lead as conspicuously as possible, setting standards for the global industry.

The travelling public are not stupid, he comments, adding the observation that the 737 Max accidents have “woken the public up to the fact that aviation isn’t perfect”. They will notice, he suggests, that the carriers with high training standards simply do not have fatal accidents any more, but that some airlines continue to crash.

There are examples from recent history that confirm dramatic improvement can be achieved. Between August 1997 and April 1999, Korean Air suffered four hull losses, two of them fatal, all of them involving jets, and three of them widebodies. Delta Air Lines, which had a code-share with Korean that it wanted to preserve – if possible – worked with the carrier to improve its safety management. For the last 22 years Korean has had no fatal accidents nor hull losses.

Similarly, between November 1993 and May 2002 China Airlines suffered five hull losses of which four were fatal, and all were widebody jets. The Civil Aeronautics Administration in Taiwan then worked with international consultants and the US authorities to establish a safety management system culture, and since 2002 the carrier has had no fatal accidents.

The first six months of 2021 brought no brand-new safety lessons for the industry, but the thinking time conferred by the pandemic’s depressive effect on world airline operations may yet motivate the necessary action to eliminate LOC-I.

On the other hand, the financial strain imposed by an extended loss of earnings may tempt some airlines to do nothing. Vigilance is going to be important.