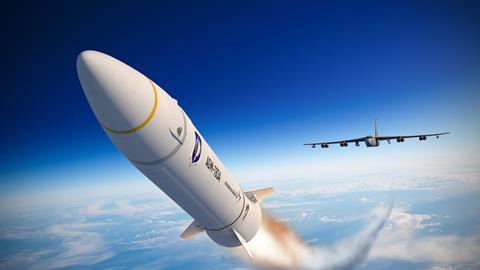 While the USA was distracted fighting the War on Terror over the last 20 years, China and Russia have invested heavily in hypersonic missiles and now have an edge. Hypersonic means anything that travels more than five times the speed of sound – Mach 5.

These missiles fly so fast and low that by the time an adversary sees one coming over the curvature of the Earth it is too late to try and shoot it down. Moreover, because hypersonic missiles can manoeuvre, the weapon’s flightpath is unpredictable. All this makes the USA’s anti-ballistic missile shield obsolete.

Faced with that vulnerability, the USA is now spending a lot of money to catch up: in fiscal year 2020 the Pentagon will allocate $2.6 billion for hypersonic research and development work, potentially increasing that to $3.2 billion in FY2021.

The US military wants hypersonic missiles of its own for potential retaliation against any attack from Russia or China. In other words, the weapon would be a deterrent much like the ballistic missiles of the Cold War, which underpinned the USA’s strategy of mutually assured destruction.