Mark Baier is chief executive of US firm AviationManuals, where he helps to emphasise how important a formalised safety management system is to business and general aviation service providers worldwide

I was born into it. My dad was a demonstration pilot for the original Cessna Citation series aircraft in Wichita, Kansas, where I am from. I used to fly around with my father from a very young age, before I could actually see out of the aircraft, and then I went to glider camp in Germany to learn to fly at age 13.

Living in a business aviation family, we moved between Europe and the USA every few years and it was fun being around airports and aircraft and larger-than-life characters.

After I graduated in California, my father suggested I consider a future in aviation, so I went for my commercial and instrument ratings at the FlightSafety Academy in Florida. Even then, I still wasn't sure I wanted to get into private aviation, since it was what my father did and he was pretty well known. But after spending a few years selling and delivering aircraft throughout the Americas, Europe and Africa, then working for FlightSafety International as one of their international sales reps, I started to realise what a great family aviation was.

How has your aviation career progressed?

Again, you might say it was in my DNA. My father had his own aircraft brokerage firm and I had quite a few uncles and cousins that were – and still are – business owners and entrepreneurs. In fact, my father always insisted I should be my own boss some day.

Most of my bosses had been entrepreneurs as well, like Roger McMullin, who started Aviation Methods, and Richard Santulli, founder of NetJets. I seemed to always find myself in the early growth stages of the companies I worked for, so they all had a real buzz about them. When I joined TAG Aviation, it had just been created by fusing three companies. From there, I moved to NetJets Europe as part of what amounted to a turn-around team and it had a complete start-up feel to it in London. Finally, I went to do an actual start-up fractional operation in Asia with another very successful Indian entrepreneur.

All of these experiences were what eventually led me to want to own a business. So, feeling that the USA would emerge from the recession faster than Europe, my family and I moved back to the States, where I was introduced through Roger McMullin to yet another entrepreneur, Anita Trotter-Cox, the founder and owner of Assessment Compliance Group, which later became AviationManuals. Anita was looking to retire but wanted the great company she had built to continue on and prosper in the future.

When Anita described the business and given that I had spent a lot of time around operations manuals during my career, I really appreciated how AviationManuals made life easier for operators. Then learning about ARC, our safety management system (SMS) software, it felt like a great opportunity to do something to help ease operator burdens, while contributing to making the industry safer. 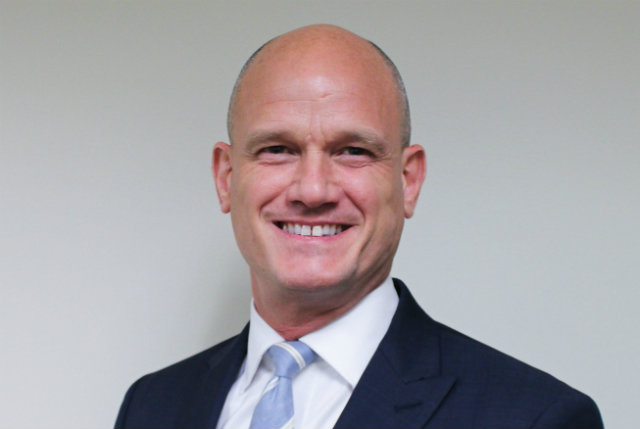 So what is AviationManuals?

What are your responsibilities at the company?

Number one, keeping out of the way of the great work that our team does! We have great people and their contributions really are why we are who we are today. That being said, there are two things I see as my core responsibilities. The first is that I guide and help set the overall strategy for the company. The second, and probably, more importantly, is that since AviationManuals is 100% a company of young professionals – – except for me, that is – I am excited about supporting young professionals' careers while introducing aviation and non-aviation folks to this exciting industry.

How is the regulatory environment evolving?

I think it has grown more responsible without suffocating private aviation. It's adopting and accepting the need for a little more oversight, but at the same time it is not making it more onerous or complex for our sector to thrive. The regulatory environment is doing a good job working with the various organisations and companies to ensure needed policies and procedures are in place.

That being said, the regulatory environment is different throughout the world. Some regions like Europe and Asia have become more restrictive, but nothing that would seem stifling to private aviation at this stage.

What are the main business challenges you face?

Convincing some operators that formalising, through manuals and systems, the way you operate – whether it is a regulatory requirement or not – is important regardless of your budget or size. It really is important for operators to reflect on how they do things and to have some sort of constant improvement loop to help them identify issues. This is true in anything you do, really. You should want to constantly improve to become more effective, better, safer, whatever goals you have in life. Complacency can be very dangerous.

Another challenge resides with the concept of safety management itself. Many users still don't understand why an SMS is important and how they should be using it. Sometimes I think we as an industry have done a bad job distilling the theory of SMS in layman's terms so everyone understands the various elements and why they are important. We still have our work cut out for us here.

Then there is finding the time to develop interfaces with other types of software. We are in regular discussions with other software providers, since our customers increasingly tell us they would like the various systems they have to speak with one another. Developing these connections takes longer than all of us would like and we can't wait to make these integrations available to our customers.

I enjoy the messages of relief we get from customers when we make a project or process they are concerned about easy and convenient, and watching people grow as individuals and professionals in this wonderful industry.