Space-based services and applications include daily-life activity like satnav mapping, drawing cash from an ATM – navigation satellites carry atomic clocks, whose signals accurately time financial transactions – and of course much television reception and weather forecasting. A longstanding UK government goal is for the domestic space industry to command 10% of a fast-growing world space sector by 2030, which could make direct space business activity in the UK worth £40 billion. 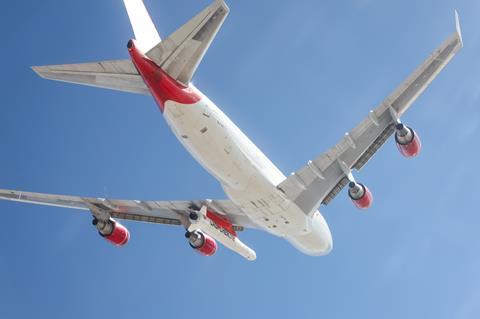 In a talk entitled “Britain in space: from high growth sector to space power – a journey for the 2020s”, Turnock went on to observe that recent decisions to establish a National Space Council overseeing both military and civil activity follows precedent set by the USA and size-rivals France and Italy. But while the UK may be swimming with the tide – on the defence side, even mirroring US and French moves to set up space commands – there can be no doubt that becoming a space power is a tall order.

Indeed; as Turnock noted, among the UKSA’s objectives for the next decade is to bring down the cost of launching satellites – a capability the UK has eschewed since abandoning its successful Black Arrow programme in 1971. Fortunately, ambitions of creating a domestic launch industry to give this aspiring space power some independent means of accessing space may soon bear fruit. While a long-running effort to disrupt the launch business shows great promise in Oxford, two imported schemes and two domestic start-ups are readying to fly small launchers suitable for putting payloads as massive as about 450kg into the polar orbits critical for civil or military Earth observation missions.

The disruptor is Reaction Engines, which last year demonstrated the key technology that before the decade is out may deliver the Holy Grail of spaceflight: a runway takeoff-and-landing spaceplane for quick turnaround, airline-style flights to orbit. But while that SABRE air-breathing hybrid rocket engine and Skylon spaceplane ensemble are many years and hundreds of millions of dollars away, conventional rockets could soon have Britain in the launch game.

Nearing flight readiness is Virgin Orbit’s 747-borne air-launch system, to fly from Newquay airport in Cornwall from next year. Also in sight is California- and New Zealand-based RocketLab’s Electron vertical launcher, a flight-proven system being brought to the UK by Lockheed Martin – a “strategic investor” in RocketLab and the UK government’s lead contractor in establishing a vertical launch site on the A’Mhoine peninsula in Sutherland, Scotland.

Virgin Orbit is understood to be just weeks from maiden flight of its LauncherOne rocket – carried to altitude for release and launch under the wing of a converted, ex-Virgin Atlantic Boeing 747-400 aptly named “Cosmic Girl”. Developed in-house at Virgin Orbit’s plant in Long Beach, California, the 70ft/21m two-stage LauncherOne and its Newton engines feature well-known designs but incorporate advanced 3D printing technology to speed up construction; proprietary rocket avionics are tailored to rapid flight plan calculation, to accommodate the short-notice changes in launch point that are both a characteristic and advantage of air launches.

Air launching makes the system – designed to put up to 450kg into low-Earth orbit – ideal for operation from Cornwall. At the 2018 Farnborough air show, Virgin Orbit special projects leader Will Pomerantz signed the deal that will bring the system to the nascent Spaceport Cornwall at Newquay – just a short flight to the sea, where the 747 can turn north to launch, aligned with mission trajectory and clear of inhabited areas. Virgin Orbit closed 2018 with captive carry tests from its flight base at Mojave – LauncherOne rides on the so-called “fifth engine” mounting point under the 747’s left wing – and July 2019 saw a drop test over the Pacific ocean, trialling every aspect of flight except rocket ignition.

Any runway suitable for a 747 could handle the operation; ground infrastructure, for payload integration and fuelling, is minimal compared to what it needed for vertical launch. Japan and the Pacific island of Guam are also signed up to host Virgin Galactic, whose $12 million-per-flight operation should be easily scalable. As Pomerantz notes, there are many 747s available for “single digit millions of dollars”.

As of end-January, Virgin Orbit was planning a “short series of wet dress rehearsals”, and taxi and captive-carry tests with a fully-loaded rocket, before first flight. All going well, expectations remain that Cornwall should host a mission in 2021. Highlighting the practicality and flexibility of air launch, Spaceport Cornwall director Miles Carden points out that readying Newquay airport for Virgin Orbit involves a “relatively modest” £12 million, for taxiway and runway improvements, and an upgrade to LED lighting, to handle big aircraft. Another £8 million from UKSA and other national funding will be dedicated to building payload integration and storage facilities needed to support launch activity.

Carden says business-case estimates are based on build-up to a maximum of 12 flights yearly. Launch activity will make Newquay airport unique in the world, offering “full integration” of large-aircraft civil aviation and launch.

The other three UK contenders are conventional vertical-launch systems expecting to fly from Sutherland. That facility – welcomed by the Royal Air Force, which is keen to develop space access capability – is the focus of £31.5 million in UK Space Agency grants, announced at the 2018 Farnborough air show. That money is earmarked for spaceport developer and operator Lockheed Martin (£23.5 million), the local government enterprise council (£2.5 million) and private-sector launch start-up Orbex, whose £5.5 million grant was earmarked for development of a factory in Scotland to make structures, assemble rockets with Danish-made engines and integrate payloads.

Orbex has at least one customer signed up for its Prime launcher, which promises to orbit 150kg and fly from either Sutherland or a planned Portuguese launch site in the Azores. Though unavailable to comment for this article, Orbex said earlier this year it expects first flight in autumn 2022. Its claimed differentiating factors are a fuel technology that reduces launcher mass by 30% compared to rivals, and use of bio-propane, which it describes as “a clean-burning, renewable fuel that cuts carbon emissions by 90 percent compared to traditional hydrocarbon fuels”.

The liquid oxygen- and kerosene-fueled Electron – 17m tall – offers a similar “nominal” 150kg payload capacity to a 500km Sun-synchronous orbit. Carbon composite structures, including fuel tanks capable of taking liquid oxygen, provide “impressive” weight savings. But, so far, the salient feature of Electron is the fact that it has flown 11 times since May 2017, from its purpose-built launch site in New Zealand. Customers have included NASA, DARPA and the US Air Force.

In between Prime or Electron and Virgin Orbit is Edinburgh-headquartered Skyrora, whose 315kg-to-500km Skylark XL is currently in development with a 2022 target for flight from Sutherland or alternative sites in Scotland, including the Shetland or Western Isles. The company – which has a “co-working centre” in Dnipro, Ukraine, where rocket engineering expertise dates to Soviet times – is building on fuel know-how from the UK’s earliest orbital rocket heritage while exploiting extensive 3D printing technology to reduce the mass, cost, and material and labour content of components for engines and tanks.

Engineering manager Jack James “JJ” Marlow tells FlightgGlobal that Skyrora is seeing benefits in cost and speed of development by bringing much work in-house with 3D technology. And, he stresses the great practical advantage in its choice of hydrogen peroxide-kerosene fuel, whose characteristics were well documented by Black Arrow, which flew from Woomera test range in Australia – before being axed, in part because the British government reckoned it would be cheaper to buy launches from the USA.

Hydrogen peroxide-kerosene, he says, cannot match liquid oxygen-hydrogen for performance, but it has the huge advantage of not being cryogenic. That is, when fickle Scottish weather keeps a fueled-and-ready rocket grounded, Skyrora will be able to simply wait for conditions to improve, rather than go through the time-consuming and costly exercise of de-fueling and storing a cryogenic load. The non-cyrogenic but liquid fuel should also deliver reliable in-orbit stop and re-start ability, critical for missions with multiple payloads.

Hydrogen peroxide is also very dense, adds Marlow, so combined with 3D printing’s mass efficiency he expects Skylark XL to go a long way towards solving the “small launcher problem” of fuel and vehicle mass consuming payload capacity. Perhaps even better, Skyrora has developed, in-house, a proprietary process for turning waste plastic into kerosene. The “Ecosene” process takes 24h to turn 1,000kg of plastic into 600kg of kerosene – to fuel rockets, aircraft or for any other application, potentially from a compact plant installable anywhere.

Key milestones on the near horizon for Skyrora include first-quarter completion of an engine test stand in Fife, Scotland and full-scale hot engine tests – we are “aggressive on that timeline” – of its Skylark L liquid-fueled suborbital rocket, the most ambitious of a series of projects that form a stepwise approach to the orbital XL. Later this year, Marlow says he expects to be able to do engine tests on the XL main engine and complete a prototype of the XL launcher’s restartable third stage, which in flight would deliver a payload to its final position.

Skylark L – which will fly for two-thirds the cost of the orbital XL and so may be an appealing vehicle for suborbital scientific missions – may be ready to fly in the second half of this year. The big question, though, is whether or not it will be able to fly as planned from home ground.

In passing the Space Industry Act 2018, London formally overturned decades of policy that effectively forbade launch from the UK, unleashing this surge of activity on launchers and launch sites. Unfortunately, while many observers see the 2018 Act as a model for 21st Century launch regulation, necessary supplementary legislation has yet to be proposed, so as things stand launch operators face unlimited liability in case of accident – a show-stopper – and regulators cannot formally evaluate flight applications.

Interested parties are actively discussing options with the CAA and other authorities; Carden expects draft legislation this spring and is optimistic that in the new environment of “political stability”, “non-contentious” legislation will be passed relatively easily. Skyrora, meanwhile, says it has built its business around flying from Scotland about 10 times yearly, but Marlow notes that the company put out a request for proposals last year to spaceports across Europe and beyond.

Ultimately, though, clearing legal and technical hurdles doesn’t guarantee commercial viability. Small launchers are cheaper to fly than big ones in absolute terms, but launch price per kilogramme of payload remains fairly consistent. Marlow admits as much, citing a Skylark XL target cost to orbit of about £20,000/kg, but stresses that Skyrora’s value proposition lies in rapid turnaround from contract to flight with precise control over launch date and final orbit for customers whose payloads would otherwise be “piggyback” rides on a large rocket – and hence beholden to a principal customer’s timetable and flightpath. Virgin Orbit – around $25,000/kg – says much the same.

The UK Space Agency takes a decadal view of the business case. As Turnock observed, small-satellite “mega-constellations” now being launched or proposed for internet and telecoms services are driving expectations that, by 2030, we could see some 2,000 satellites launched yearly – as many as are operational in Earth orbit today. So, he reckons, global launch capacity will be “exhausted” in a few years. Leaving room, surely, for a couple dozen launches from a couple of UK spaceports. 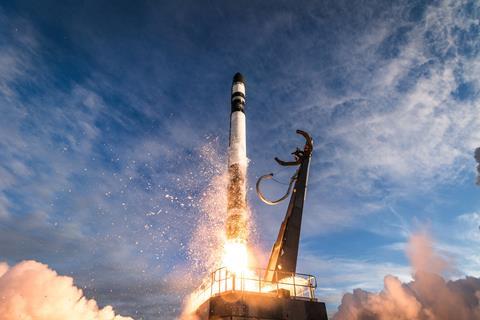