The decade after the 9/11 terror attacks was a defining one for commercial aircraft strategy, ushering in today’s hyper-efficient widebody twins, stalling customer demand for the largest widebodies, setting the stage for the new generation of narrowbodies, and spelling the end of the fast jetliners. 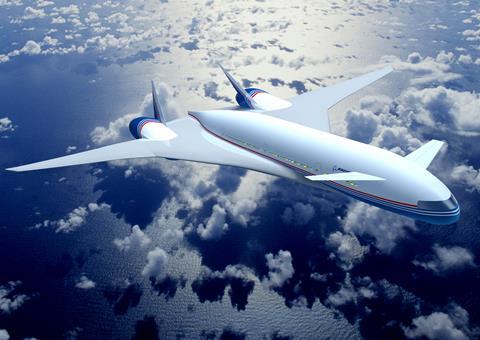 In the eyes of most commentators, the strategic bets made by Airbus and Boeing in the years after 9/11 would have been broadly similar had the terror attacks never happened, driven as always by the normal rise and fall of the economic cycle.

“In the couple of years running up to 9/11 it was a typical cycle,” says Randy Tinseth, who retired as Boeing Commercial Airplanes vice-president commercial marketing in March 2020. At the end of the 1990s, airlines were doing relatively well. “In the 1998-2000 period in the US, you saw some hefty airline union contracts being signed as the airlines were making a bit of money,” explains Tinseth, who led the sales team for Boeing’s campaigns with Northwest, United and UPS from 1998-2001, before being promoted to managing director, product & services marketing.

A hike in labour costs was a common sign the market was about to over-heat and financial performance would suffer. “The market was starting to turn. The dot.com bubble had burst, and economies were starting to slow,” says Tinseth.

The enormous shock of the 9/11 attacks, and the knock-on effect on demand, was unsurprisingly felt most acutely in the USA and by the American carriers, although it did not really impact on the fundamentals of supply and demand elsewhere around the globe, says Dick Forsberg, a senior external consultant at PwC and former head of strategy at lessor Avolon. “But it did trigger a massive restructuring of the domestic US airline industry, forcing carriers into a rethink of their business models,” he says.

The financial strife of the major US carriers throughout most of the 2000s helps to explain a fundamental shift in the production picture at Boeing and Airbus as the decade unwound. In 2000, Boeing was easily number 1, well ahead of its European rival with 489 deliveries of all types compared to 311 at Airbus (see table).

By 2003, the balance of power had changed. Airbus built 305 jets; the US aircraft maker built just 281. Boeing’s dominance was over. Part of the explanation is down to the type of customer that each manufacturer had on its orderbook, says Tinseth. “At that time, Boeing had much more of a backlog concentration from North American airlines, while Airbus was stronger with lessors. There was a change in dynamic in the market right there with Boeing taking a bigger hit,” he explains, as US carriers slashed orders. 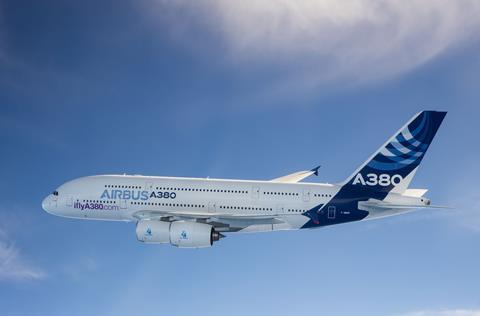 The A380 entered service some years after 9/11, but the writing was already on the wall for thirsty quadjets

While both manufacturers moved quickly to cut production post-9/11, Boeing cut harder. A side effect of this period is that Boeing became less reliant on its traditional US carrier customer base. “It moved the dial. If you looked at Boeing’s backlog it certainly became better balanced,” explains Tinseth.

In terms of its product line, for Boeing the biggest impact of 9/11 was undoubtedly the axing of the Sonic Cruiser concept and the launch of the 787 Dreamliner. The Sonic Cruiser was a near Mach 1, 200-250-seater designed to fly 15-20% faster than conventional airliners and timed to enter service ready for the next upturn.

Tinseth was a member of teams talking with customers about the Sonic Cruiser prior to and after 9/11, but customers were sceptical. “After 9/11 our customers were only looking to cut costs and pushed Boeing towards the Dreamliner. It had also become technically harder to do. Speed was important but to get that speed you gave up fuel efficiency,” he says.

Airlines wanted Boeing to plough its efforts into building a super-efficient widebody. For its part, Boeing saw that as the industry deregulated and air travel became more competitive airlines would require smaller aircraft being used on point-to-point routes. It ended the Sonic Cruiser project in December 2002 and launched the 787 family, then called the 7E7, in January 2003.

While the Sonic Cruiser was subsonic, the economic ripple effects of 9/11 and the crash of Air France flight 4590 in July 2000, did eventually spell the end of service of the supersonic marvel that was Concorde. It was simply not economically viable.

The supersonic era was over, but the decade did see widebody twinjets come to the fore. The A350, Airbus’s 787 rival, was launched in October 2005. With both types some years off entry to service, the best widebody twinjets at the time, the 767 and the A330, coupled with the 777-300ER at the larger end of the size range, did really well in the marketplace, says Tinseth.

However, both manufacturers were struggling to some extent even before 9/11 with their largest products, the 747-400 and the A380. “A definite after effect of 9/11 is that our customers became more risk adverse. We saw some customers we thought we would count on as 747 operators go away,” says Tinseth.

“After the initial wave of launch customers, the second wave of customers for the A380 that Airbus expected did not materialise,” says Max Kingsley-Jones, senior consultant at Ascend by Cirium. The number of hub-and-spoke routes that could an A380 could profitably serve was getting fewer and airlines preferred the flexibility and higher margins offered by the smaller and more efficient twinjet widebodies.

By the end of the decade, the fuel efficiency mantra was translated to the narrowbody with the launch of the A320neo in 2010. Boeing followed with the 737 Max programme in 2011.

The product strategies of the OEMs that we see today was in train. Out are the largest widebodies. In are strong families of efficient airliners, whether 150-200-seat narrowbodies or widebody twinjets. Speed is ditched for fuel efficiency coupled with the theme of sustainability. It is difficult to see what will disrupt this new orthodoxy two decades after 9/11 as airlines seek to regain their financial feet after the crushing impact of the pandemic and put in place plans to achieve net zero carbon emissions by 2050.