Airport security staff were feline shocked when an X-ray of a passenger’s luggage showed a live cat inside. 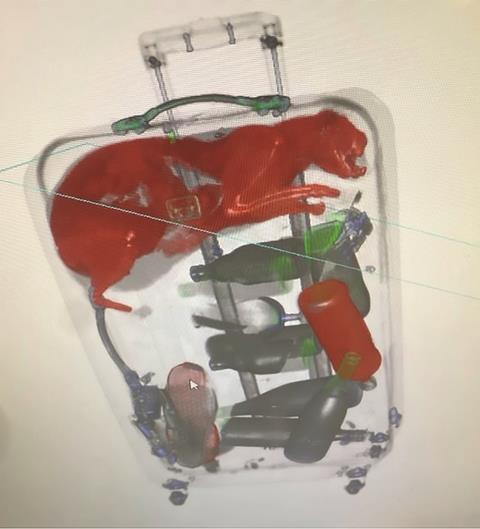 You must be kitten: cat on camera

An officer at New York’s JFK opened the bag to find the furry stowaway after the owner of the suitcase had checked in, bound for Orlando.

The passenger explained the moggy belonged to another member of his household and got into the baggage undetected.

The Transport Security Administration (TSA), which released the images, tweeted: “On the bright side, the cat’s out of the bag and safely back home.”

The passenger, on the other hand, missed his flight by a whisker and had to rebook for the next day.

Developer Archer Aviation is to build a manufacturing plant for its Midnight electric vertical take-off and landing aircraft in Covington, near Atlanta. In other words, it is taking the Midnight plane to Georgia.

Return of a super model

“For the first time since WWII, thousands of Spitfires are to be mass-produced in the UK.”

Full marks to the long-established model kit manufacturer Airfix for the arresting press release headline, which accompanies the news that the production of one of its kits – of a particularly iconic aircraft – is returning to the British Isles to mark the firm’s 70th anniversary.

The one-time household brand off-shored production in the mid-1990s, and has been manufacturing its kits in China, India and France. 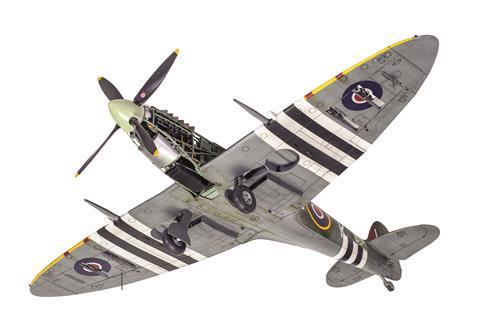 One of the few: the new Airfix Spitfire kit

But the company says that with the launch of its latest Supermarine Spitfire Mk.IXc kit, it has taken the decision to “move the production of such a British icon back to the UK”.

Airfix aficionados will be interested to know that the 433-part kit results in a 1:24 scale model.

Sponsoring football clubs does not provide value for money for airlines, which is why Virgin Atlantic will not do it, its chief executive Shai Weiss remarked to Aviation Club luncheon guests the other week.

Fortunately perhaps for Weiss, it is wisdom a prominent competitor chooses to ignore. The former banker and tank commander is a season ticket holder at the Emirates Stadium in London, and the Dubai carrier’s generosity has helped keep his beloved Arsenal at the top of the English Premier League for much of the season.

CTT, which makes humidity controls for premium airline cabins, has come up with a novel way of convincing sceptics of dehydration’s effect on the human body – mushrooms.

One of the firm’s managers bought a fresh mushroom in Copenhagen ahead of boarding a business-class flight to Chicago (the airline was presumably not a CTT customer), posting before and after images of the fungus, noting it had “shrunk in size”, and “developed wrinkles” and “a hard skin” after the 8h journey.

That’ll be the DAA

Kenny Jacobs, the new head of the DAA – the operator of Dublin and Cork airports – may be looking back anxiously at statements issued in his name during the six years he spent as Ryanair marketing head between 2014 and 2020.

The Dublin-based low-cost carrier has long had a fractious relationship with its home airport, particularly over the charges it imposes on operators, and has never held back when it comes to expressing its frank opinions.