By the seat of your pants

From a story on the Airbus website about the A330 MRTT’s trial in Singapore:

The automatic refuelling system was called A3R and the idea behind it was clear: to reduce air refuelling operator (ARO) workload, improve safety and optimise the rate of air-to-air refuelling (AAR) transfer in operational conditions to maximise aerial superiority.

Everything at the ‘simple’ push of a bottom. 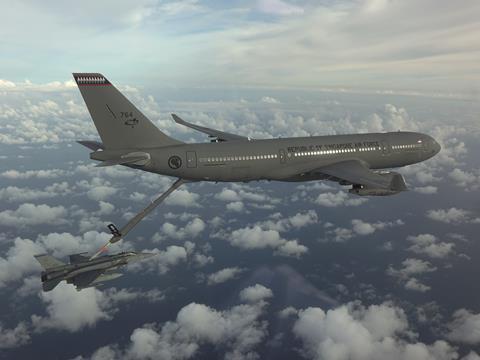 Bringing up the rear

Lava or leave it

New Icelandic airline Play has been tempting Brits to its homeland with the prospect of glimpsing the volcanic activity on the Reykjanes Penninsula – describing it as a “must-experience for UK travellers”.

It is nice that the island’s seismic activity is giving a post-Covid boost to the aviation sector. Eleven years ago, ash clouds caused by eruptions from another volcano, Eyjafjallojokull, led to the previous biggest disruption to the industry since the Second World War.

Close-up promotional images of the 50m tower, which relays a panoramic view of the airport to controllers in a room at Swanwick en route centre, suggest the camera array is surrounded by distinctive spikes similar to those on a number of other London structures – all designed to deter opportunistic landings by a primary user of the capital’s airspace. 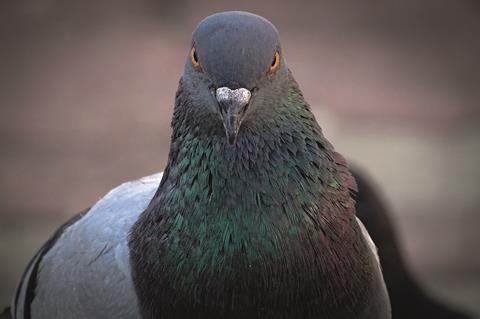 Up close and personal

That’s one advantage of a conventional look-out-the-window control tower. Just as you’re juggling that steep-approach arrival with other flights queueing for the same runway, an invading pigeon doesn’t pop up in high definition and scare the bejesus out of you.

Only travellers who have been inoculated against Covid-19 may be permitted to fly on airlines in future.

Will they be known as vax pax?

An auction house is inviting bids for a vintage Martin-Baker ejection seat, originally fitted to a French Dassault/Dornier Alpha Jet. 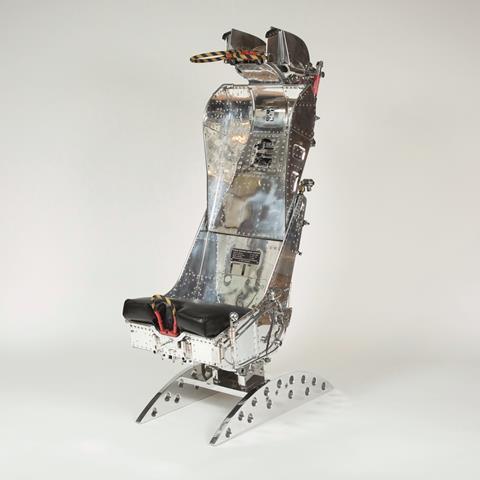 Bids now going up and away

The firm’s Allan Hatchwell says ejection seats from the early fighter jet era rarely turn up on the market because collectors “recognise the quality of engineering and the design”.

Just the thing, perhaps, for when that Zoom meeting gets too tedious.

From a press release from Yorkshire Air Ambulance announcing the replacement of its two H145s with new five-bladed variants: “We have been financially planning for these replacements since G-YAAC and G-YOAA commenced their operations in 2016 and with prudent, planned savings, careful budgeting, and through building our reserves we are now in a position to move forward.”