NASA famously named its Space Shuttle test orbiter ‘Enterprise’ in honour of the television show Star Trek, so surely there’s an opportunity for a similar homage via the Artemis programme to return to the Moon?

Fans of the science-fiction series Space: 1999 will recall the exploits of castaways on a lunar outpost after the Moon is blasted out of orbit by a far-side nuclear explosion – although best you don’t think too hard about the Newtonian physics of that – which featured rocket craft called ‘Eagles’, echoing the Eagle lander that took Apollo 11 astronauts to the Moon’s surface. 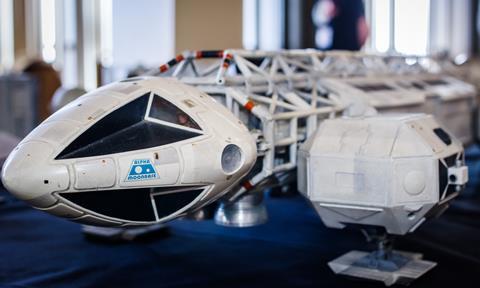 The Eagle has landed

NASA wants to set up the first lunar colony (unstable nuclear waste dump probably not included), which is just begging for the name ‘Moonbase Alpha’. And if that’s not enough of a hint, the colonisation mission in Space: 1999 was funded by an organisation called ILFC – the International Lunar Finance Commission.

We are not trying to dictate NASA policy here, but since the sale of the aircraft leasing firm ILFC to AerCap, the Internet domain name ‘ilfc.com’ has been for sale for a sum which will hardly break the Artemis budget. “Eagle One to Moonbase Alpha” – how cool would that sound? What on Earth are you waiting for?

The life of Ozires Silva – regarded as the father of Embraer and a legend of Brazil’s aerospace industry – has been celebrated in a short animated film marking his 90th birthday. 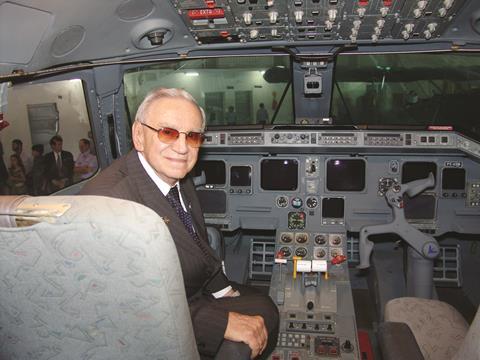 Ozires Silva: the father of Embraer

O Voo do Impossivel – or Flight of the Impossible – is a 14min video that tracks Silva’s life from schooldays through his career as a military pilot and aeronautic engineer with the country’s air force, where his dream of designing a home-grown aircraft culminated with the launch of the Bandeirante and the formation of Embraer in 1969.

It is available on Embraer’s social media channels.

Hugh Field, who has died at the age of 91, was assistant, then associate, editor of Flight International from 1969 to 1979, during which time he substantially improved the magazine’s general aviation coverage.

Having begun his career at aero-engine maker D Napier and Sons in 1945, he joined the UK Royal Air Force in 1950 and was fast-tracked into instructing on the Gloster Meteor. He graduated from the Empire Test Pilots’ School in 1956, and later while at the RAF Flight Safety Directorate began writing on air safety for its training magazine Air Clues – perfect grounding for his time on Flight.

Field left the RAF in 1967 to work for CSE Aviation, where he was involved in Handley Page Jetstream sales and assisted in the certification of the original Learjet. After his term on Flight, he joined the ill-fated Cranfield Airline College, but quickly ended up in the public affairs department at British Aerospace Hatfield, promoting the BAe 146.

After retiring from BAe in 1991 he carried on writing and in consulting work – his last article, on flying the 1950s prone-pilot Meteor, was recently published in Aeroplane. He was Master of the Guild of Air Pilots and Air Navigators in 1980-1981, and flew more than 200 different aircraft types, from the vintage machines of the Shuttleworth Collection to fast jets such as the BAe Harrier, Sepecat Jaguar and Saab Viggen.

This year marks a full half-century since a band of enthusiasts organised the inaugural Air Tattoo gathering, at North Weald airfield in Essex. Supported by the UK Royal Air Force, the 1971 event also attracted flying contributions from Austria, Denmark, France, the Netherlands and Norway.

To mark its Golden Jubilee, the Royal Air Force Charitable Trust Enterprises has published Air Tattoo 50 – The Story of the World’s Greatest Airshow, which looks back at its evolution into one of the main highlights of the aviation calendar.

Authored by Ben Dunnell, the book takes a year-by-year look at the aircraft and participants that gave the show so many unforgettable moments.

Sadly, the coronavirus pandemic has led to the planned 16-18 July show’s cancellation for the second year running. We have everything crossed that a safe and successful show can take place in 2022.

To order your copy – priced £30, plus postage – visit airtattoo50book.com 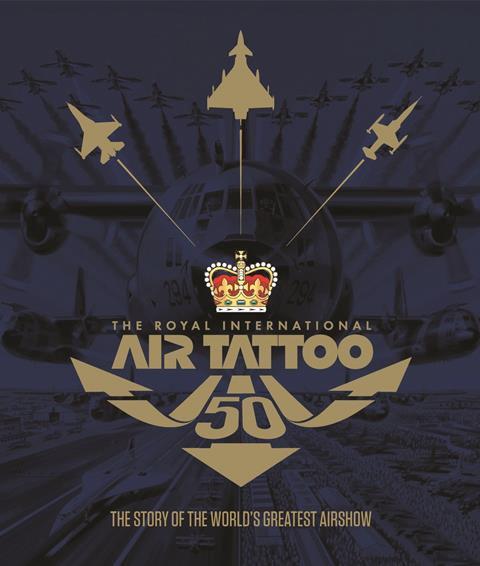