Along with the new Berlin airport – massively over budget and delayed nine years, only to open in the midst of the pandemic – the EuroHawk is one of Germany’s aviation white elephants.

The centerpiece of a bid by the Bundeswehr to establish its own signals intelligence capability, the programme – based on the Northrop Grumman RQ-4 Global Hawk high-altitude, long-endurance unmanned air vehicle – collapsed in 2013, ruffling many political feathers. Just one demonstrator was built. 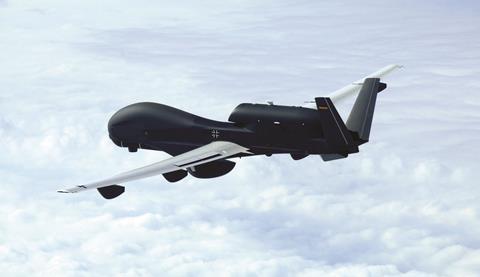 Now heading for the museum

Despite talk about restarting the project over the years, the prototype has been formally retired, and will see out its days in the military history museum at Berlin-Gatow.

Lines on the occasion of the safe arrival of four reindeer from Moscow Zoo to Frankfurt after a flight on a Boeing 747-400F, operated by AirBridgeCargo:

’Twas the month before Easter, no word of a lie, when a group of four reindeer crossed over the sky

But nothing to do with the usual chap, or post-Christmas problems with reading the map

Or gifts being carried from nation to nation, no shiny red noses to aid navigation

They weren’t doing circuits for currency training, and all of them flew with no hint of complaining

Their level of comfort turned up to eleven, locked up on the deck of a 747

From Russia with love (and a captain and crew), they caribou-classed it to Wuppertal Zoo

We weren’t there in person; this bit might be doubted, our sources have sworn that the loadmaster shouted:

Unfasten your seat-belts, it’s time to deplane. We hope that you’ll choose to fly AirBridge again.”

Our story ends there but the message is clear, you know who to call if you’re short of some deer.

But don’t write complaining that we aren’t quite Tennyson. What did he know about airlifting venison? 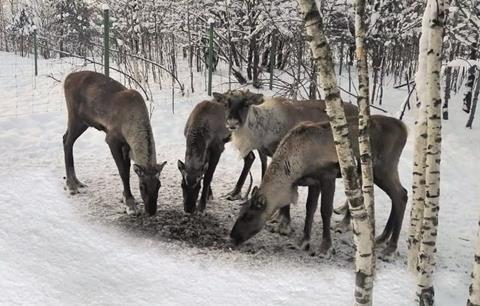 On the hoove to Frankfurt

With no income from what would have been the 2020 air show, or any other event for the past 12 months, Farnborough International is going into the movie business.

The company has applied for planning permission for two sound stages on its site, behind the permanent Hall 1. Film-makers will also be able to use hospitality chalets for offices, and erect temporary stages and workshops, under the proposal.

Although few movies have been shot during the pandemic – due to social distancing complications and no cinemas to release them in – the UK remains an attractive location for film-makers thanks to country’s sizeable creative industries. However, studio capacity around London is limited.

Although the application covers the period until August 2024, presumably the likes of Tom Cruise and Steven Spielberg will have to work around the next two air shows.

UK air navigation service NATS issued a briefing sheet on 12 March advising that air restrictions were being put in place for a week for an upcoming visit by Queen Elizabeth to the Firth of Clyde.

For security reasons, it said, no flights would be permitted below 6,000ft or within 3nm – with exceptions for certain aircraft including those in the service of local law enforcement agency Police Scotland.

Police Scotland proceeded to announce on social media that this restriction would be in place for the duration of Queen Elizabeth’s visit to Glen Mallan, only to receive an indignant reply from someone irritated that the monarch had the freedom to swan around Loch Long while a pandemic lockdown was in effect, and who added: “Can I visit Aberdeen or Cheltenham?” 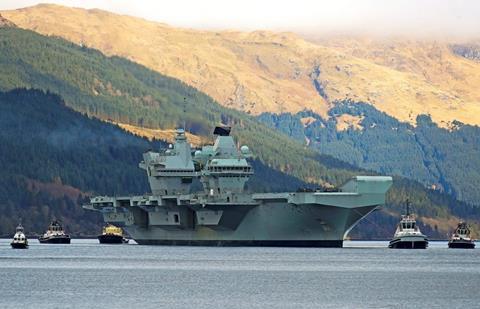 Not easily confused with Her Majesty

Which might have been a more withering barb had the Queen Elizabeth in question been the current head of state and not, as it turned out, the Royal Navy aircraft carrier.

Michael O’Leary’s jibes at politicians, airport authorities, and feather-bedded competitors are always the highlight of a Ryanair press conference. The outspoken Irishman did not disappoint at the carrier’s recent financial results, likening Lufthansa to a “drunken uncle at a wedding hoovering up state subsidies”.

Yuckspeak acronym #1,324: TindAIR, which “stands” for Tactical INstrumental Deonfliction And In-flight Resolution (yes, these capitals are in the right place).

The European project is intended to find a way to keep unmanned air vehicles apart in urban settings. So best not confuse it with the popular dating app of nearly the same name, designed to bring users into the closest possible proximity.