Tilt to the future

It has been a long and winding road to certification for the AW609 civil tiltrotor, taking over a decade.

Beginning in 1998 as a joint programme with Bell, the tiltrotor – now under Leonardo’s sole ownership – finally looks set to achieve US approval later this year. The Italian manufacturer says it will usher in a new era of mobility, coupling the speed of an airplane with the vertical take-off and landing capability of a helicopter. 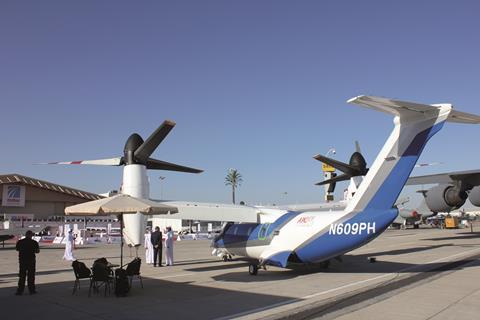 AW609: already leaving a legacy behind

So convinced of the benefits that the tiltrotor architecture brings, Leonardo has already begun work on a potential successor, with a demonstrator aircraft – the Next Generation Civil Tiltrotor (NGCTR) – being developed under the EU’s Clean Sky 2 programme.

Clive Scott, Leonardo Helicopters’ head of programmes, says final assembly of the aircraft is under way. It features innovations including a straight wing, V-tail, and fixed rather than tilting engines.

All these new developments will be attached to what Scott describes as a “legacy aircraft”. The identity of that legacy platform? That would be the AW609… an aircraft that has yet to enter service.

Bottom of the market

One of the big trends of the Covid era has been the novelty or branded face mask. Countless cottage industries sprang up offering face coverings made in unusual designs or from recycled materials – and you can now buy some on the internet refashioned from retired British Airways Boeing 747 seats.

How much of a Queen of the Skies superfan would you need to be, we wonder, to place fabric over your nose and mouth that was previously the resting place of a million rear ends?

The Royal Air Force’s best-known Boeing Chinook, Bravo November, has arrived at the RAF Museum in Cosford after an eventful 40 years of service that saw the helicopter survive the sinking of MV Atlantic Conveyor in the Falklands conflict, and a Taliban strike in Afghanistan.

One of 30 of the tandem-rotor transporters ordered by the RAF in 1978, Bravo November avoided the fate of three other Chinooks on the stricken container ship as its crew were on an airborne task at the time – it managed to land on HMS Hermes. 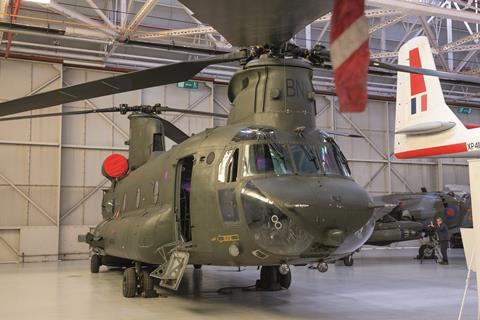 The helicopter also saw action in Iraq and spent time in Lebanon, Germany and Northern Ireland. Four of its pilots were awarded the Distinguished Flying Cross, including in Afghanistan in 2006 when it was damaged after coming under fire.

The aircraft has been restored by a team from RAF Odiham and Cosford.

Reader Doug Brown comments: “I do hope they mean origin rather than destination – otherwise we’ll all be taking cover.”

Doug draws our notice to another potentially alcohol-soaked announcement from Dublin Airport, hailing the opening of its “brand new immersive Guinness Bar experience”.

“Must remember to dry off before boarding,” he soberly notes.

The person who runs Ryanair’s Twitter account clearly has the caustic wit of their boss, Michael O’Leary. The reply to a post enquiring whether the famously frugal Irish airline has USB ports on board its aircraft notes: “Yeah, they’re just under the seat massage button.”

A new word for the emerging-from-Covid lexicon, the phygital event. Will such hybrid gatherings hold our interest? If not, there might be a lot of phygiting.