With the 40th anniversary of the Falklands War approaching, Rowland White’s latest offering – Harrier 809 – nestles comfortably in the “must-read” category for any total aviation person. 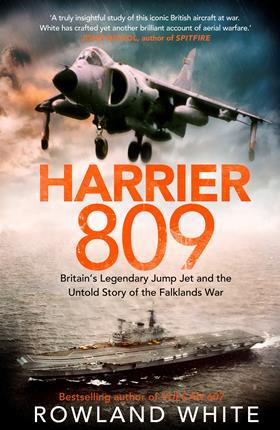 Now available, the book tells the tale of the Fleet Air Arm’s third squadron of British Aerospace Sea Harrier fighters, hastily formed on the eve of the conflict.

From the frantic hunt for suitably-skilled pilots and sufficient aircraft to the unit’s creative embarkation aboard the ill-fated container ship Atlantic Conveyor, Harrier 809 includes many fascinating details – but far from focusing exclusively on the Sea Harrier’s critical role in the conflict, White also reveals the UK’s efforts to secretly introduce English Electric Canberra bombers and BAe Nimrod R1 surveillance aircraft to the action. His inclusion of battle accounts from Argentinian pilots also gives the perspective from those who faced the “muerte negra” over the South Atlantic.

Word reaches us that legendary former Flight editor Mike Ramsden completed an update to his biography Sir Geoffrey de Havilland: A Life of Innovation shortly prior to his death last year.

A limited-edition run of just 200 copies has been printed, with the new content including an extensive interview with chief test pilot John Cunningham.

Priced £30, plus postage, the book can be ordered via dehavillandmuseum.co.uk/product/sir-geoffrey-de-havilland-a-life-of-innovation-by-j-m-ramsden

With the museum’s agreement, we are offering our copy as a competition prize. For your chance to win the last editorial offering from the great “JMR”, email your name and address to flight.international@flightglobal.com, with the subject line de Havilland, answering this simple question: Which de Havilland jetliner spawned the Nimrod? Closing date 11 November. 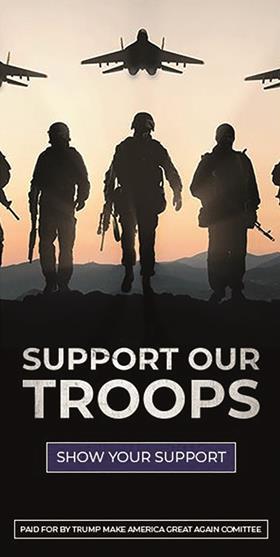 One poster that President Donald Trump will probably be glad did not emerge during his impeachment hearings has been produced by a group campaigning for his re-election.

It exhorts voters to “support our troops”, and shows three silhouetted soldiers walking as fighter jets soar over them.

Stirring stuff, except that the aircraft are Russian MiG-29s. Not only that, but one of the soldiers is carrying a Kalashnikov AK-47. 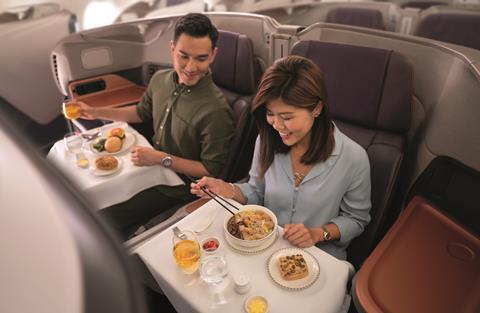 Even quieter than usual…

As speculation grows about the fate of Singapore Airlines’ grounded Airbus A380 fleet, the airline has come up with an appetising idea to return at least one to service, albeit without leaving its parking stand.

Fans of the gentle giant had a chance to enjoy “a fine dining experience” on board an A380 at Changi.

Restaurant A380 @ Changi was due to open on 24 October for just two days, with customers able to choose from menus for each cabin class.

Thanks to regular contributor Doug Brown for drawing our attention to an online quiz appearing on the website of a certain aviation weekly.

“Where is the ATC tower located?” readers are asked underneath a picture of said erection.

Eagle-eyed quizzers don’t have to journey too far to discover a helpful hint. Directly underneath the image reads the giveaway line: “Credit: New Istanbul Airport”.

Sadly, no prizes seem to have been on offer.