Hats off to the HampshireLive website for capturing the excitement of the first Farnborough air show since 2018, and for seemingly scooping FlightGlobal and all those assorted other jaded hacks from the trade press while it was about it.

Heralding the presence of Boeing’s “huge” 777X, it revealed that “in one video recently uploaded to YouTube, the enormous plane was seen taking off almost vertically above Farnborough”. 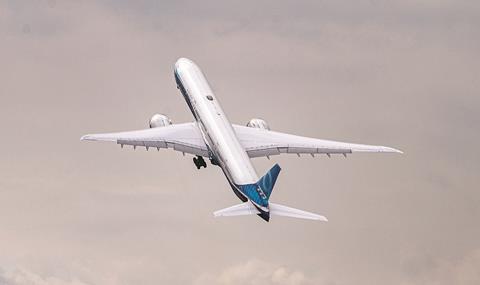 Sorry – that’s the world’s largest twinjet, with a 426-seat capacity and 351t maximum take-off weight; not the Royal Air Force’s short take-off and vertical landing F-35B, which also took part in the flying display and did demonstrate its ability to hover (but would have damaged the runway performing a vertical take-off or landing)?

How did we miss that while writing countless articles about the new widebody and its certification challenges over the past couple of years? At least we know now what those folding wingtips are really designed for…

Well done to the Royal International Air Tattoo for its moving tribute to Ukrainian air force pilot Colonel Oleksandr Oksanchenko. Having previously expertly displayed his Sukhoi Su-27 at the event, he was killed while defending Kyiv earlier this year, after coming back from retirement to resume active duty following Russia’s invasion of Ukraine. 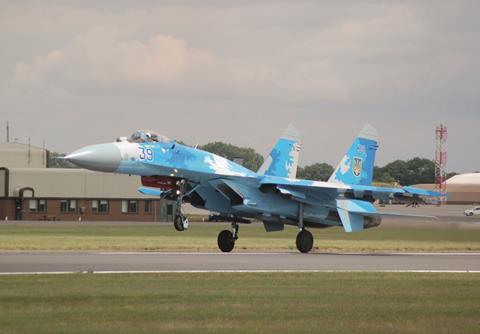 The show’s static display area included an empty space with a set of parking chocks, Ukrainian flag and photograph of Oksanchenko alongside the number 39, denoting the individual aircraft he had displayed with such skill.

Somewhere in a Eurofighter promotional department:

“Let’s make the Typhoon look dynamic for the ILA Berlin air show by putting lightning on the tail fin.” 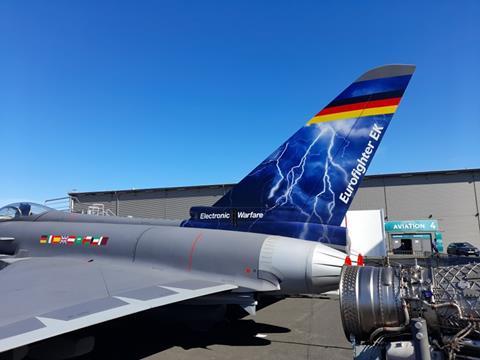 A bolt from the blue

A replica of the first British “hydro-aeroplane”, the Waterbird, has flown on Windermere, more than 110 years after making its debut over the Cumbrian lake. 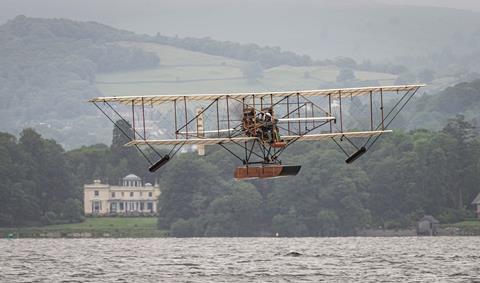 The charity behind the initiative – the Lakes Flying Company – was set up to commemorate the contribution of the development of floatplanes of pioneer Edward Wakefield, and has been working on the replica for years.

Ian Gee, who is part of the project, draws our attention to the cover story in the 27 January 1912 edition of Flight, where we hailed the achievement of Wakefield, who commissioned the aircraft from AV Roe. Wakefield had it converted to an amphibian – complete with a patented stepped float design.

The first flight took place on 25 November 1911 and was the first to take off from and land on water outside France and the USA.

Its supporters hail the Waterbird as the first in a long line of amphibious aircraft that had their heyday in the 1930s.