Just a few weeks after the US Army selected the Bell V-280 Valor and Sikorsky-Boeing SB-1 Defiant as its finalists in the Future Long Range Assault Aircraft (FLRAA) competition both teams are jockeying for position, arguing that their rotorcraft configuration will best replace the Sikorsky UH-60 Black Hawk, a utility helicopter used in troop transport that entered service in 1979.

Bell argues that its tiltrotor V-280 offers the army speed and efficiency that cannot be matched. The Sikorsky-Boeing team contends that the compound SB-1 will give soldiers aerial manoeuvrability and rapid deceleration in the final approach to a landing zone that other aircraft cannot offer. 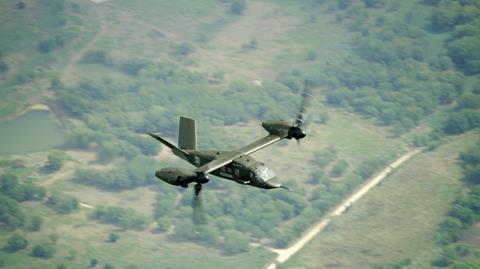 Both companies say they are leaning on experience from the legacy fleet of US military helicopters they have designed and built. The lesson learned? Simplicity makes for easier-to-fix rotorcraft.

The US Army has been working towards this moment since 2013. In that year, it kicked off the Joint Multi-Role Technology Demonstration (JMR-TD) programme, a precursor to FLRAA, which funded the development of new rotorcraft designs and prototypes.

The SB-1 and V-280 were designed, built and flown in service of that demonstration programme. AVX Aircraft and Karem Aircraft also participated in the JMR-TD effort, but are not moving onwards.

Now, with two finalists selected, the army wants to move quickly and hand over the FLRAA to its first unit no later than 2030. Both companies are in talks with the service about further refinements to their designs prior to a fly-off competition and production decision.

The FLRAA is intended to have a wide role within the US Army similar to the UH-60 workhorse. The utility rotorcraft will conduct air assault, maritime interdiction, medical evacuation, humanitarian assistance, tactical resupply, and combat search and rescue operations, among other roles.

To survive flying into a battle against advanced foes such as China or Russia - so-called Great Power nations with sophisticated integrated air defence systems - the army wants its next utility rotorcraft to have significantly better performance than the UH-60. The service’s objective cruise speed is 280kt (519km/h). It also wants the aircraft to have an unrefuelled combat radius of 300nm (556km), and a one-way unrefuelled range of at least 2,440nm. The thinking is that speed equals survival, so adversaries will not have time to react.

The V-280 has the advantage when it comes to maximum speed because of its ability to tilt rotors and fly on its wing like a conventional aircraft. While the army’s objective cruise speed is 280kt, in flight demonstrations, the V-280 has shown it can fly faster than 300kt.

Bell argues that the V-280 is not only fast, but economical at speed. That comes from the ability to generate lift from its wing, but also from the engine selected for the tiltrotor. “We’ve demonstrated the aircraft cruises efficiently,” says Terry Horner, director of government relations for Bell. “We incorporated the Rolls-Royce engine to get efficiency in the engine because that’s important to making sure that you have the legs to get to the ranges you need to.”

Bell is currently flying its V-280 with GE Aviation’s T64-GE-419 engines. At a later date, it plans to switch to R-R, though it declines to name the specific type.

For its part, the Sikorsky-Boeing team says it believes it will be able to demonstrate the SB-1 flying at 250kt this year, meeting the army’s minimum cruise speed requirement. The aircraft reached 140kt in the first quarter of 2020. Progress has been slowed by some testing snags with the propulsion system testbed, but the companies expect that to be worked out soon.

The Sikorsky-Boeing team believes where the SB-1 really shines is in the last 3-5km before dropping off troops at a landing zone. The push-propeller on the compound helicopter can be reversed, which allows the aircraft to brake rapidly.

“You’re able to do this level deceleration from 200kt into and out of ground effect hover in a half-mile distance,” says Bill Fell, Sikorsky test pilot. “You can keep the speed on until the very last second, and then stop rapidly and get into that landing zone. You’re able to do it without doing the typical helicopter flare where you’re bringing the nose 30° up.”

Sikorsky-Boeing adds that the rotorcraft’s combination of main rotors and pusher propeller give it more agility in two axes.

“If you try to turn a helicopter quickly, it slows down. This machine has the ability to maintain speed in the turn or you can change the radius of your turn very quickly by using the heave axis or the collective,” says Ed Henderscheid, Boeing test pilot. “That ability to do that close to the ground with a level fuselage attitude - it’s going to really change the way we penetrate near-peer threats. It’s going to change our tactics and testing techniques and procedures that we use.”

Bell contends that the V-280 showed US Army Level 1 handling requirements in 2019 in flight testing of a series of low-speed pitch, roll and yaw manoeuvres. The company has claimed that makes the tiltrotor as good as or better than the Black Hawk.

To gain an edge on each other on operating costs, both competitors say they are re-examining their legacy aircraft and looking to incorporate ease-of-maintenance designs into the FLRAA.

Bell says it has learned a lot on the s V-280 from the company’s experience maintaining the Bell Boeing V-22 Osprey. For example, unlike the rotating engines on the V-22, the V-280’s engines are fixed in a horizontal position and the aircraft relies on pivoting rotors and drive shafts instead.

The engine is also easier to maintain, says Horner. “On the V-22 you have to take the engine off to take the proprotor gearbox off,” he says. “On the V-280 you do not have to do that, they’re both independently removable, which allows for reduced maintenance time and costs.”

Similarly, Sikorsky-Boeing say the SB-1 has a simplified design, in particular because of the compound helicopter’s rigid rotor system.

“The rigid rotor has a great deal fewer parts. You don’t have lead-lag or flapping bearings. Feathering is the only axis that you’re providing pitch control to those rotor blades,” says Fell. “The numbers count is such that our two rotors have fewer parts than a single [UH-60] Black Hawk main rotor system.”

Ultimately, both aircraft will also heavily rely on modern technologies to reduce the cost of operations and improve flight readiness, including onboard diagnostics, predictive maintenance and fully digitised designs of the rotorcraft.

Should the US Army ever have to distribute its aircraft across austere bases, digital sustainment technologies could help the FLRAA operate longer without upkeep, says Jay Macklin, director of Sikorsky Future Vertical Lift business development.

“That’s going to enable [giving] commanders real-time information that they can use for risk assessment and decision making if they have to do a maintenance-free operating period where these aircraft are in some sort of distributed area,” he says. “It gives the commander a tremendous amount of flexibility because he has access to data that he simply doesn’t have today on the legacy fleet.”

Update: This article was changed on 21 April to clarify that the V-280 is still flying with its original GE Aviation T64-GE-419 engines. The switch to R-R turboshafts is planned for later.