France has responded to the multiple terrorist attacks which took place in Paris on the evening of 13 November by launching air strikes on the heart of the Islamic State organisation’s stronghold in Syria.

The multiple attacks on the French capital – which resulted in the deaths of at least 129 people – have been reported as being in retaliation to France’s recent commencement of combat action in Syria. On 15 November, Paris responded with a scaled-up assault on Raqqa, which is considered to be the crux of the militant group's power in Syria.

Under France’s Operation Chammal, 10 strike aircraft – six Dassault Rafales and four Dassault Mirage 2000D/Ns – were deployed from Jordan and the United Arab Emirates, and dropped a combined 20 bombs on Raqqa. Both intended targets were destroyed during the action, which was also supported by two other French aircraft, the nation's defence ministry says.

Mounted against “sites previously identified during reconnaissance missions conducted by France, the operation was conducted in coordination with US forces,” it adds.

The first target was an IS command post, recruitment centre and armoury and ammunition store, while the second was a training camp. 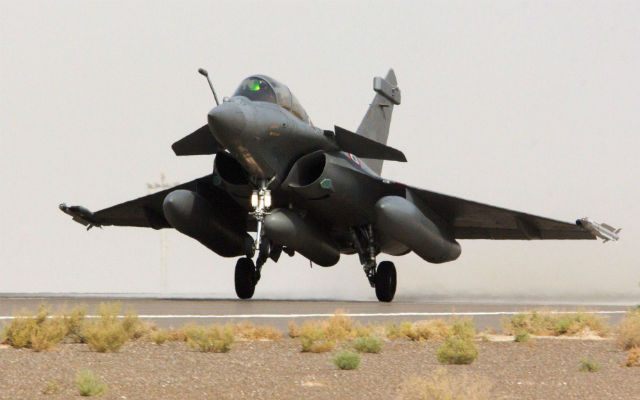 A coalition of nations is carrying out air strikes in Iraq and Syria as part of the US military’s Operation Inherent Resolve, but most are limiting those attacks to Iraq as a result of the political tension with Syrian leader Bashar al-Assad.

France is one of the few nations alongside the USA that has extended its attacks to Syria, largely because of a number of attacks in France and against French nationals over the past year.