Hindustan Aeronautics’ efforts to upgrade Sepecat Jaguar strike aircraft belonging to the Indian air force to the "Darin III" standard are to be delayed by at least a couple of years.

The first flight of a Jaguar modernised via the Darin III (display, attack, range and inertial navigation) project took place from Bengaluru in November 2012. Under original plans, HAL was scheduled to complete the $520 million upgrade activity by December 2017. 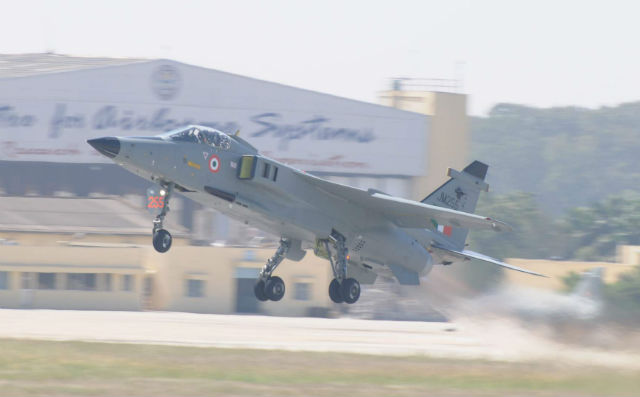 The OSAMC completed its safety of flight test in 2013, and was given clearance for rig integration and evaluation last November by the Centre for Military Airworthiness and Certification. Development work on the equipment had begun in 2007.

The Darin III programme also involves incorporating a new avionics architecture with the OSAMC, with structural modifications required to accommodate an Elta Systems multi-mode radar on land strike variants. Two new multi-functional displays are added in the cockpit, while earlier analogue flight and engine displays are being replaced with an engine and flight instrument system/integrated standby instrument system. Navigation, electronic warfare and weapons delivery systems have also been upgraded.

Efforts to re-engine the air force's entire fleet of more than 120 Sepecat- and HAL-built Jaguars with Honeywell F125-INs have also been delayed. Honeywell responded to a single-source request for proposal issued in 2012 for 270 of the engines, and a source says that "the technical evaluation is under way now”.

Darin III-standard Jaguars are also slated to receive MBDA's ASRAAM short-range air-to-air missile and Textron Defence Systems' CBU-105 Sensor Fused Weapon, although a contract has yet to be signed for the former type. Textron is due to complete mission control unit software development and aircraft integration by the end of September 2015, and has already delivered India's weapons to the US Air Force via a Foreign Military Sales deal.

Maritime strike variants of the Jaguar are now equipped with Boeing AGM-84 Harpoon Block II anti-ship missiles, with integration work having concluded during 2013.