Germanwings has disclosed that the Airbus A320 lost over the French Alps today initiated its descent about 1min after reaching its cruising altitude.

The aircraft – en route from Barcelona to Dusseldorf – had departed the Spanish city's El Prat airport at 10:01 local time. It reached its regular cruising altitude of 38,000ft at 10:45, but left that altitude around 1min later as it approached the French coast, said Germanwings chief executive Thomas Winkelmann at a press conference in Cologne today. 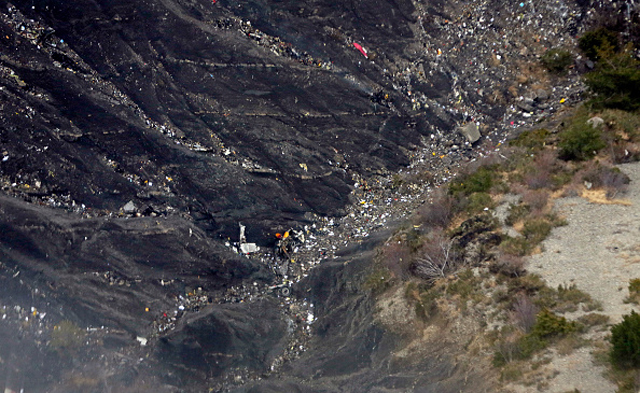 He says the descent lasted around 8min before radar contact was lost at an altitude of approximately 6,000ft, above mountainous terrain in the French Alps.

The flightcrew had not requested clearance to leave the cruising altitude.

It has not been confirmed whether or not the crew issued an emergency call. Germanwings chief pilot Stefan Kenan-Scheib says the airline has been given conflicting reports by French radar stations about an emergency call from the aircraft. The conflict had not been resolved by the time of the press conference.

The aircraft had undergone a regular line check at Dusseldorf yesterday. Its last C-check was conducted in accordance with the manufacturer's maintenance schedule in summer 2013, says Winkelmann.

Kenan-Scheib says the aircraft's computers had been upgraded to the latest software standard.

A report from news agency The Associated Press quotes French interior minister Bernard Cazeneuve as saying that a black box has been located at the crash site.