Gulfstream G650 - in the cockpit

The G650 is equipped with the next generation of Gulfstream’s PlaneView integrated flightdeck, now standard across its large-cabin business jets. 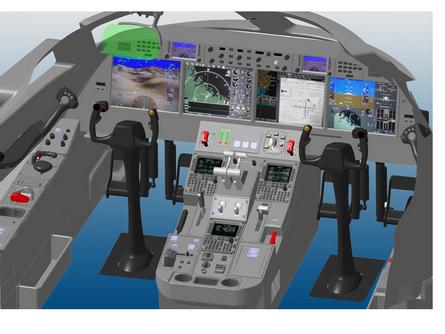 But the biggest change from Gulfstream’s previous business jets is the fly-by-wire flight control system. The three-axis digital system has two flight-control computers, each with two channels for quadruplex dissimilar redundancy.

The primary flight control system uses electrohydrostatic actuators and there are two hydraulic systems, one less than in the G550. The FBW system enhances stability and provides both low-speed and high-speed flight envelope protection, Gulfstream says.

Thales is supplying the primary and backup flight-control computers while Parker Aerospace is providing the actuators. Gulfstream expects to gain weight savings from FBW, as well as improved maintainability. 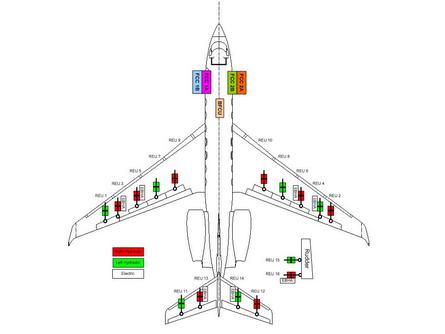 Gulfstream has retained the G550’s control wheel and column and is aiming for a common type rating. The company believes the traditional control arrangement provides better crew coordination and awareness of autopilot inputs.

“We were pushing for an active sidestick, but it’s not there yet,” says Pres Henne, senior vice-president programmes, engineering and test. “A passive sidestick is a step back in awareness.”