Swiss helicopter developer Kopter has acquired a former Bell facility in Lafayette, Louisiana, where it plans to open a US assembly line for its single-engined SH09 light helicopter.

The new site, which Kopter announced on 5 March during the first day of HAI Heli-Expo, will enable the company to meet demand from US customers, which will likely account for half of early SH09 deliveries, says chief executive Andreas Lowenstein.

Kopter, formerly known as Marenco Swisshelicopter, has already acquired the 7,870sq m (84,700sq ft) site at Lafayette Regional airport and expects to deliver the first SH09 from there in 2021, Lowenstein says. 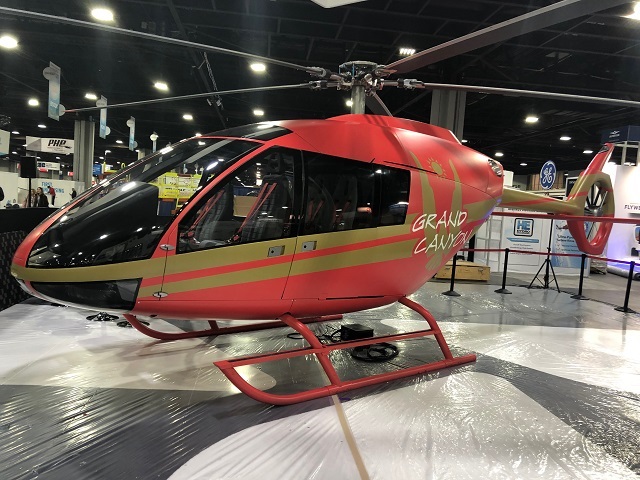 Bell in 2015 opened an assembly plant for its 505 light-single at the $26.3 million Lafayette facility, which was bankrolled by state funds. However, prior to the first JetRanger X rolling off the line, Bell switched production of the 505 to its existing factory in Mirabel, Canada. It promised to replace that work with cabin assembly for the larger 525, as well as modifications on the model 407-based Northrop Grumman MQ-8C Fire Scout unmanned aircraft.

Lowenstein calls Lafayette "one of the best places for helicopters in the US", noting the region has an established aerospace workforce and a supplier base. It is also centrally located in the USA and near potential oil and gas industry customers, he says.

Kopter's Lafayette move makes good on its promise to open a US site; it also plans to unveil a similar Asia-Pacific assembly line at a later date.

SH09 components will be manufactured at Kopter's primary assembly site in Mollis, Switzerland, then shipped as kits to Lafayette for final assembly.

Lafayette's output will ramp up slowly to maintain quality and to ensure the supply chain keeps pace, Lowenstein says. The company expects the site will deliver about 100 SH09s annually by 2025.

Kopter has received more than 60 firm orders for the SH09, which is powered by a single Honeywell HTS900. The company holds letters of intent for around another 100 aircraft, Lowenstein says.